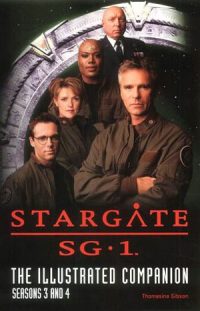 This is the official companion to Seasons Three and Four of the hit TV series spin-off from the blockbuster action-adventure movie Stargate. Colonel Jack O'Neill, leader of an elite military team tries to learn the secrets of the Stargate, a mysterious ancient portal that allows instantaneous travel to remote planets throughout the universe. Following on from Stargate SG-1 The Illustrated Companion, which covered Seasons One and Two, volume 2 continues the saga, with full details of all 44 episodes in Seasons Three and Four: story synopses are followed by extensive commentary and detailed behind-the-scenes information. It also features interviews with the producers, directors, writers, SFX crew and stars. From Titan Books