Stepping Through the Stargate 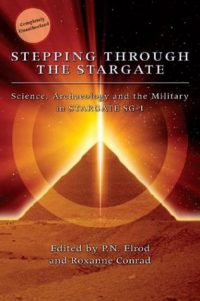 An anthology of essays on the Stargate universe, including contributions from scientists, philosophers, SG-1 effects head James Tichenor, and actor Tom McBeath.

What mind-set is at the heart of the television series Stargate SG-1? What really goes into the creation of each episode? Featuring essays from such noted contributors as archaeologist Sue Linder-Linsley, astronomer Sten Odenwald, parasitologist Francine M. Terry, philosopher Daniel Dennet and science fiction author Melanie A. Fletcher, this collection delves into every aspect of the series with the same humor and intellectual curiosity of the show itself. "Stepping Through the Stargate" also includes commentaries from the show's special effects head James Tichenor and actor Tom McBeath. From BenBella Books