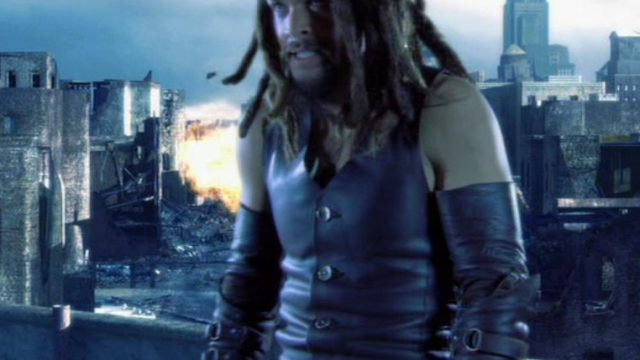 Watch out for significant spoilers for these episodes below.

While exploring a village, the team is suddenly attacked and taken prisoner. It turns out that Ronon (Jason Momoa) had visited the planet before, and unknowingly lured the Wraith there. The Wraith then made a pact with the villagers: if they capture Ronon and contact them, the Wraith will spare the village from any future culling.

On Ronon’s request, the villagers set Shepperd (Joe Flanigan) and Teyla (Rachel Luttrell) free, who then quickly mobilize a strike force to return to the planet and to save him. Upon their return, however, the team finds the village devastated and Ronon taken.

Back in the hands of the wraith, Ronon is again implanted with a homing beacon and set free on his devastated home planet of Sateda, to once again be hunted by the Wraith. Ronon recalls the fall of his homeworld, where his wife and comrades were killed by the Wraith years ago. After the team determines Romon has been taken to Sateda, they race to the planet in hopes of rescuing him.

While looking for suitable Stargates to harvest for their new Intergalactic Bridge, the team comes across a small village with a revered leader. To their surprise the esteemed Lucius (Richard Kind) has an obnoxious manner and an utter lack of credibility.

On Lucius’s request, Weir (Torri Higginson) sends Dr. Beckett (Paul McGillion) to determine if any of his potions are worthy of trade. Though at first put off by Lucius’s personality, Beckett soon becomes so enamored by his host that he disregards security protocol and brings him to Atlantis.

By the time Sheppard (Joe Flanigan) and McKay (David Hewlett) return from another Stargate harvesting mission, they find the entire base fallen for Lucius’s unctuous charm. Believing foul play is at work, McKay discovers that Lucius is using some sort of pheromone to enchant those around him. It becomes clear that unless Sheppard can remove the now entrenched and protected Lucius from Atlantis, there will be no stopping his charming coup d’etat.

“Sateda” and “Irresistible” are expected to air on July 28 and August 4 as the third and fourth episodes of Atlantis‘s third season, though it is not yet confirmed which will air first. SciFi.com’s “schedulebot” currently lists “Irresistible” airing before “Sateda.”

Learn more about these and other episodes in GateWorld’s Season Three episode guide.