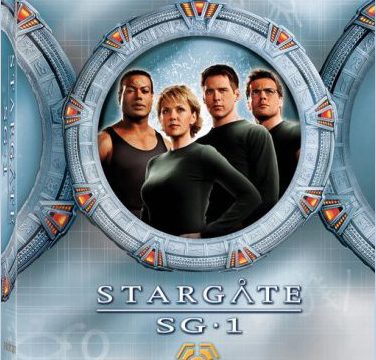 The DVD box art for the final season of Stargate SG-1 has been revealed, courtesy of Amazon.com (hat tip to TVShowsOnDVD.com)! Check out the shiny light blue goodness below, and visit Amazon to pre-order the 5-disc set and support GateWorld.

We have had several people ask when Season Ten (as well as Atlantis Season Three) will be released in the United Kingdom, Australia, and elsewhere, and unfortunately we haven’t heard anything at this point. Stay tuned for updates.

It’s also not known whether this art is final, as it is missing new cast member and SG-1 team member Claudia Black (“Vala Mal Doran”). 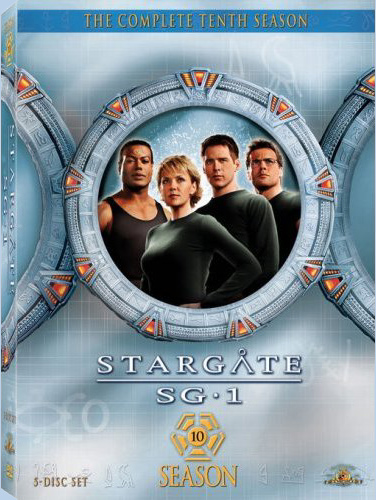 (Thanks to Joseph Muniz, tsaxlady, and Ian Mullen for the tip!)