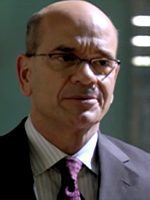 MGM and SCI FI Channel today announced the cast changes for the fifth season of Stargate Atlantis! Here are the highlights: