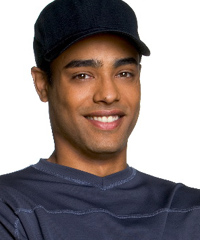 AIDEN FORD – An eager young lieutenant in the U.S. military, Ford was an original member of the Atlantis expedition four years ago. He served on Sheppard’s recon team, along with Dr. McKay and Teyla. But when the Wraith invaded Atlantis one year into the expedition, Ford was compromised and his fate changed forever. He received a massive dose of an enzyme which Wraith use when they feed on a human victim — giving him super strength, but radically affecting his mind.

Suspicious that his friends wanted to take away his new abilities, Ford fled Atlantis. He later joined forces with the team to invade a Wraith hive ship, but with his judgment impaired the mission did not end well (“The Hive”). Ford helped his old friends escape, but it is still not known whether he made it off the enemy ship before it exploded. 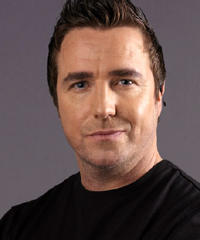 CARSON BECKETT – Originally Atlantis’s chief medical officer, Carson Beckett was a Scottish physician who wore his heart on his sleeve. He became fast friends with Rodney McKay, and was beloved by everyone. Sensitive, kind, and a brilliant biologist, Carson lost his life in the line of duty while saving the lives of others.

One year later, the team discovered that the Wraith Michael had cloned Beckett many months before he was killed. He used the clone to perfect his Wraith hybrids, altering a group of humans to become his foot soldiers. Beckett himself has a close connection to Michael, as it was his retrovirus that created Michael (once an ordinary Wraith, now a tortured hybrid) in the first place (“Michael”). Carson’s clone has been freed from Michael, but without a drug needed to keep his cells stable he has been put into cryogenic stasis indefinitely. 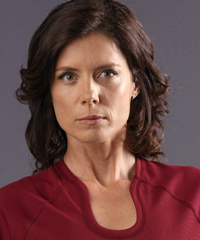 ELIZABETH WEIR – An accomplished diplomat and linguist, Dr. Weir led the Atlantis expedition to find the lost city of the Ancients in the Pegasus Galaxy. A thoughtful and cautious civilian, Elizabeth led the expedition through many trials in its first three years. But when the Replicators attacked the city, she was mortally wounded.

Drs. McKay and Keller devised a way to treat her using Replicator nanites dormant in her system, and Weir joined the team on a vital mission to the Replicator homeworld. There she used her own nanites to connect to the Replicator network, guiding the team to accomplish their mission. But when they were nearly captured, Elizabeth sacrificed herself to the Replicators so that the others could escape.

Later, Sheppard and his team encountered duplicates of themselves and learned that they had been engineered by a group of rebel Replicators, who do not follow their hostile leader Oberoth — including a copy of Weir. They were told that the original Weir had been killed. This duplicate Weir, too, was killed in a fight with the Replicators. But after a massive war left the technological species all but extinct, a single surviving ship emerged — commanded by Elizabeth Weir. Whether she is the original, or another clone, or a Replicator herself, is unknown — as is her new agenda with the Replicators.

NEXT: The Pegasus Galaxy