THE PEGASUS GALAXY & THE WRAITH 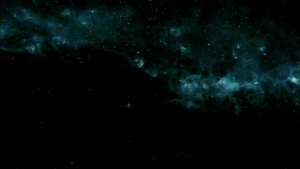 When the Ancients brought Atlantis from Earth to the distant Pegasus Galaxy several million years ago, they seeded countless worlds there with human life — just as they had done in our own galaxy. They lived for many years in peace, shepherding their children and earning a reputation as “the Ancestors.” But one of those new human colonies was born on a planet home to a parasitic insect species, the iratus bug — which fed on the humans, mixing their DNA together. Over the millennia, the Wraith evolved on this world.

Having overthrown the Ancients with their sheer numbers and ruthlessness, the Wraith put the rest of the galaxy under their boot. The Wraith feed on the life force of human beings like vampires, moving from world to world to “cull” their populations like cattle. A civilization is never allowed to progress technologically, and those who fight against the oppressors are annihilated. Others are simply allowed to rebuild their populations over the course of a few generations, at which time the Wraith return to cull them again. Only a few, such as the Genii (a post-industrial society) and the Travelers (an exclusively space-faring race), have found ways to escape this oppression.

The Wraith also go through long periods of hibernation, and it was at this time that the expedition from Earth arrived in Atlantis. The Wraith were awakened prematurely, and now there are too many of them for the amount of human “food” available. The Pegasus Galaxy has been devastated, a fact muted by three factors. 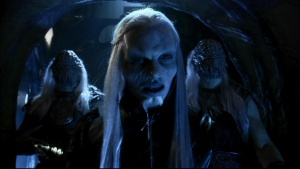 First, Lt. Colonel Sheppard and the Atlantis teams have scored numerous wins against the Wraith. Though the enemy is technologically advanced (they use biotech in their ships and weapons), they are no match for Earth’s ships — which are armed with advanced Asgard weapons, shields, and transporter technology.

Second, the competition over food has propelled the Wraith into a civil war. The species is far from a unified whole, but instead is made up of hive ships and factions loyal to their own queens — when it is convenient — and feuding with others. Many Wraith ships have been taken out by other hives.

Finally, last year the Wraith went to war with the Replicators. The technologically superior race made short work of the Wraith, defeating them at every turn before they were defeated by an alliance between Atlantis and the Wraith (“Be All My Sins Remember’d”).

This is the state of the Pegasus Galaxy now. The Replicators have been defeated, and the Wraith are back to fighting amongst themselves over resources. Atlantis still faces a huge task in defending the hundreds of helpless human civilizations from this ruthless enemy.