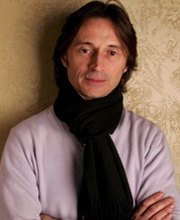 As actor David Tennant and executive producer Russell T Davies prepare to exit the new Doctor Who next year, casting is underway for the next actor who will fill the iconic British television role. But one actor who is apparently off the table: Robert Carlyle, who was rumored to be in contention before he signed to head Stargate Universe last week (story).

In a new interview with BBC Radio 5 at a press event following a screening of this week’s new Christmas episode of Doctor Who, Davies expressed his surprise at Carlyle’s decision.

“Stargate, can you believe it?” Davies said. “That was a surprise. Has his agent watched it?”

In the U.K., of course, Stargate SG-1 and Stargate Atlantis have been top ratings performers for Sky One, just as Doctor Who has regularly topped the charts for the BBC.

Davies’s own science fiction television show has benefited tremendously from the casting of feature film-quality actors such as Tennant. In the 5-minute interview, he says that the quality of actors being rumored for the show speak highly of how far it has come in its four years on the air.

Stargate Universe premieres next summer on the SCI FI Channel in the United States. The Doctor Who Christmas special, “The Next Doctor,” airs Christmas Day on BBC 1.