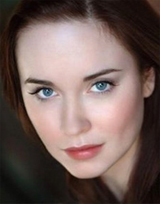 Two more members of the Destiny‘s unwilling crew have just been unveiled! Entertainment Weekly‘s Michael Ausiello reports that actresses Ming-Na and Elyse Levesque have joined the cast of Stargate Universe. They will play Camille Wray and Chloe Armstrong, respectively.

Levesque’s Chloe Armstrong (the third and, we hope, final surname for the character) is a civilian and the daughter of U.S. Senator who finds herself way out of her league when she is trapped on board the Ancient ship Destiny in deep space.

The 23-year-old actress has appeared in such series as Smallville, 2030 CE, Masters of Horror and Men In Trees. Her film career includes the recent TV movie Journey To the Center of the Earth.

According to casting documents, while Chloe is a little spoiled by her silver-spoon upbringing, she is also politically and socially savvy. She dreams of following in her father’s footsteps, but the dire circumstances of being trapped on a spaceship tests her character.

Ming-Na plays Camille Wray, a caustic representative of the international body that oversees the Stargate program and all related projects. When she is taken to the Destiny against her will, she is furious and certain to make her opinions on command decisions known. 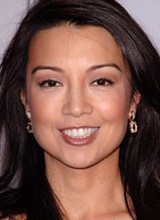 The 45-year-old actress is best known for her stint on the venerable NBC hospital drama ER, where she played Dr. Jing-Mei Chen in some 118 episodes. She was born on an island near Hong Kong and raised in New York and Pittsburgh, according to the Internet Movie Database. She graduated with a theater degree from Carnegie Mellon University, and won a role on the soap As the World Turns. Her long list of credits also includes The Joy Luck Club, voiceover work in Spawn, Mulan II and The Batman, and television series from Private Practice to Two and a Half Men.

She is currently appearing in the sci-fi film Push, now in theaters.

It is not currently known if the character of Wray has been bumped from recurring to a series regular. Ming-Na will appear in the series premiere, “Air.”

There is one main cast member still to go! Stick with GateWorld for the latest developments on Stargate Universe in the days ahead. The series is now filming in Vancouver, British Columbia, and will premiere this fall on the SCI FI Channel in the United States.

(Thanks to prion and Morjana for the tip!)

Interesting choices. I think It’s a good decision. And a 45 year old actress.. What happened to all these “young strapping, Stargate 90210 people that you guys were talking about?

I can’t wait, this show looks like it’s got a lot going for it. I’m getting excited.

Elyse Levesque was in the TV movie Journey To the Center of the Earth, not the theatrical movie.

Hmmm, very interesting choices. They aren’t no bodies. And Elyse Levesque is HOT too. And having a 45 year old really blows the whole 90210 idea out of the water…. I think I may enjoy this show….

strider is correct, and her role on Smallville was very minor, a guest stint in two episodes.

I’m kind of hoping the writers will have some sort of AI on board with a personality that compliments the crew. They should also flood the first few eps with actors they can kill of quickly.

So, Wray is this show’s Weir. Are they playing anagrams now? I just can’t help it but the regular cast is almost blindingly white (and even blond). They have, what, eight regulars and six of them are white. I know that people called SGA too white but half of the regular team were POCs, if you want to call them that, with Rachel Luttrell of mixed background, Rainbow Sun Francks African American and Jason Momoa of Hawaian descent. I just don’t get why the only minorities that they use have to be African American and Asian. Some of the SGU’s… Read more »

Like others have said, what happened to a younger cast to appeal to a much younger audience?
Still i like the choices made so far. Truth is an older cast is more likely to stay with the show.

I knew TPTB wouldn’t fail us! I’m really liking the cast so far, quite a few of them look like they have some pretty good experience and they are not all 20-somethings.

I have to say that I am even more looking forward to the premier! :D

Katikatnik, Aside from the fact that between 65 and 75% of the US population is Caucasian, on SGU we have: Lou Diamond Philips (Col. Telford) who, like many Americans, is of mixed descent including Spanish, Chinese, Filipino, Hawaiian, and Cherokee heritage. Justin Louis (Everett Young) who was born in Portugal. Jamil Walker Smith (Ronald Greer) who is African-American. He is also the grandson of Greg Morris, so as a Mission Impossible fan I’m looking forward to this! Jeffrey Bowyer-Chapman (Darren Becker) is an African-Canadian. I know you complained that the only minorities in it were either back or Asian, but… Read more »

@Crabtree: First off, great observation Crabtree. Not only is there a wide range in the age of the cast, but they are pretty diverse.

Anyways, I am exited. This show is gonna be great.

I want Kristen Kreuk.
I think she’d do great.

this show is going to crash and burn. We will call it StarGaze not Stargate.