BB: When I was researching, there was the discussion of how the subject is generally contained within the community. They certainly didn’t talk about it during World War II. No one wanted to come home from World War II and [hear], “Grampa, what did you do in the war?” “Well, I kind of lost my mind.”

A lot of vets wouldn’t talk about war unless it was with other vets, and other people had been there. I think there’s an important component there. This community keeps it amongst themselves but it’s important for the rest of the community to understand.

All the veterans that came home from World War II, they came home to the GI Bill, to housing projects, and tremendous outreach from within the community. Everybody had somebody that went. The nation as a whole was aware of the sacrifice and they honored it. Even though in this day in age we’re aware of the soldiers coming home from Iraq, and the Middle East, and Afghanistan, and we’re not doing what happened in Vietnam, I don’t know that we’re fully engaged in the difficulties that they have.

These guys that go to the Middle East, there’s no place away from the front. They’re constantly in it. They’re in the middle of it. They’re surrounded by it. Then they come home for a couple of weeks and they get redeployed. They’re doing two, three and four tours. And at the end of the day that takes a tremendous toll on them. A tremendous toll.

So I think if we do this story well and we connect the dots, not only do you have a potent story about humanity and about war, and people’s lives … I guess it’s slightly political to say “Hey, be aware of this. Be aware.”

And even if it doesn’t change policy in the political sense, hopefully it will help the veterans themselves. It will help their families to understand they’re not alone in what they’re going for.

GW: This is about our people, and maybe deserve a little bit more attention than we’ve been giving them.

BB: That’s my particular take on the material. This is neither a pro nor anti-war statement. It’s been occurring throughout our recorded history. If we could say “There’s going to be no more war. We’ll have a much better way of dealing with all these problems,” and I could wave my magic wand, war is one of those things — along with pestilence and famine, the horsemen of the apocalypse — that I would get rid of. [Laughter] You would! Disease, war, suffering, you would wave your magic wand and you would get rid of them.

That’s not what this piece is about. We at least need to be aware and informed on the situation. I think it’s a topic worth covering, and I don’t remember it being covered in my US History class in high school.

GW: Any other updates since our interview you’d care to share?

BB: Went through pilot season, that was interesting.

GW: How many pilots were you up for?

BB: A few. I went up for more than a few. It was interesting. I still have other meetings. I still have the project with SciFi [“Going Homer”]. Those are ongoing and continuing.

BB: I’m being as patient as I can be. That’s the cycle of being an actor. It’s not the first time in my career that I’ve had a quiet period. I sort of accept them as part of the gig. It’s what happens. Very, very busy for a while and then it gets busy again. I’m enjoying being with the family and being at home, so I can’t complain about it.

Be sure to watch the YouTube video featuring Browder in this new role. Stick with GateWorld for more updates on “Freeze Frame” and “Going Homer” in the weeks ahead! 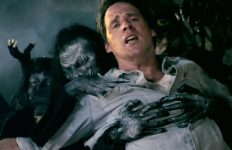 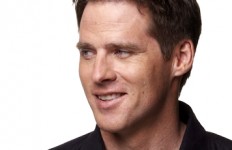 Why is this interview here? This has nothing to do with Stargate! So please don’t post useless new like this. Of course Ben Browder is a Stargate actor, but all his other stuff that isn’t Stargate related doesn’t belong here.

@MrBlueEyes: Ben Browder is apart of the Stargate family and we as fans like to know the kind of stuff the actors, production staff, and writers are doing.

Cause if we don’t interview them now, then we are not going to have any news for like EVER until the next Stargate movie is coming.

Plus, GateWorld has been doing these kinds of things for at least a decade. They are not going to stop now…

He is so right.

Thanks GateWorld for his interview.

Yes, Gateworld reports on the other actors’ projects. However, this doesn’t even seem to be a real project yet. This movie is not getting made anytime soon, if at all. There’s no funding. There’s no script. There’s no cast. There’s nothing but a guy with an agenda. I’m not being mean, I’m being realistic. Honestly, do you guys know how many people there are out there just like this Jonas guy? People with an idea, a good cause, but nothing else? And I can understand MrBluEyes’ frustration. This is Gateworld’s third interview with Ben Browder in the last year or… Read more »

Westlock, I’ve seen tons of news items about projects that actors are working on that are still in development. Chris Judges’ Rage of Angels comes to mind. And I’ve seen articles about charity projects. In the case, the “guy with an agenda” is a producer who’s worked on a ton of movies with A-list stars. He’s not just some guy. Try IMDB-ing Jonas McCord and looking at his list of credits. Also, GW did ask Ben about whether or not he’ll be in the next SG-1 movie in the last interview. Ben said he didn’t know. I bet he still… Read more »

Granted, “Freeze Frame” is still very, very early in the development process. That said, as the owner of the site I can tell you that GateWorld will always be committed to following (and supporting) the careers of the main cast members after they have moved on from Stargate. So you’ll find coverage of Amanda on Sanctuary, Torri on NCIS, Michael on Burn Notice, Chris working to make Rage of Angels happen, Rick’s charity work and SNL appearances, David’s Starcrossed, ad infinitum. We care about these folks and their post-Stargate careers, and we believe most Stargate fans are interested in occasionally… Read more »

Nicely Said Darren! I am one of those Gateworld fans that love to know what my favorite Stargate Actors are up too. Thank you for the interview with Ben. And keep up the great world that you all do at GateWorld.

I am always interested in projects that ALL the Stargate cast are involved in. It’s great to see what they are doing now that Stargate is over. Being a HUGE Ben Browder fan, I really enjoyed reading his interview. Freeze Frame is a very important film about the plight of our Vet’s well being after they return home. Ben is a talented and dedicated actor who will do an excellent job telling the story that needs to be heard! I give GateWorld high marks for putting this interview on their site and keeping us informed.

Very well said Darren! I like coming to GateWorld to keep up with what ALL of the Stargate actors are doing. Ben Browder is a fantastic actor and Freeze Frame has an important message to share. Thank your for the awesome new interview.

Great interview Gateworld. I am a huge Ben Browder fan but also a huge Stargate fan and its great to find out what the actors are doing when not doing stargate. Lets face it – its going to be quite some time before we see SG1 on screen again and in the meantime I want to know what else is coming up that I can watch these guys in.

go over to the website and check out Ben’s earlier interview about this film.