Collectors may have seen the last of Stargate’s 7-inch figure line.  Producer Diamond Select Toys has put future releases on an indefinite hold.

“There is a chance you have seen the last of the 7-inch figures from DST,” a rep told fans in a recent Q&A.  “We’re not ready to say that but it is possible.  Unless something happens to change buyers’ feelings, it’s just not something we can justify in this environment. ”

Since 2006 Diamond Select has released four series of SG-1 figures and three series of Atlantis. The next series, including General George Hammond, Baal, and an Anubis Guard, has already been sculpted but not released.

So what needs to happen to get these and other figures back on store shelves?  Tell your local shop keep that you want to buy them.

“We would basically need retailer support,” DST’s Chris Myers told GateWorld.  “The best thing the fans can do would be to convince the retailers that they would buy them. This is nothing against the fans, because we want to release these figures as much as they want to have them, but if the retail support isn’t there the line will continue to be on hold.”

Read more on the Stargate line from DST in a second Q&A at Art Asylum.

(Thanks to Calhoun for the tip) 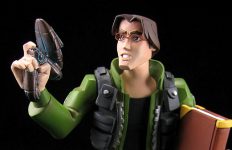 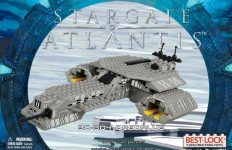 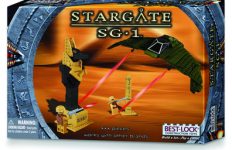 I have never understood some persons need to collect figurines, not even when I was a kid. Besides that this Baal’s face reminds me more of a certain Magnum.

I could see these figures selling better if they at least had a remote resemblance to the actual actor/character but some of the ones that I have seen it is almost impossible to tell who it is supposed to be.

Seriously? I have all of them and most of them look really good. As for there not being enough support for them, well, just look at what they go for on Ebay. The demand is there.

another sign of stargate spiraling out of control. LOL sgu wont even see its own line of figures.

I doubt whether they will make any sgu figures because there are not enough people watching it to warrant the expense. Who would buy figures from a show that is doomed to failure?

I was the one who asked the frank question on Q&A 72, “Are we looking at an end to the SGate figs?” – I am pleased they are hoping things may pick up. To those that decry the likeness of the figs, all the lead characters from SG1 (except Col Mitchell and Vala M Doran) were made using digital scans of the actors faces, as was Baal. You can’t more realistic than that! Col Sheppard and Dr Weir were done that way too, I don’t know about the other Atlantis characters. I can appreciate that many folk don’t get collecting… Read more »

The action figures are really awesome, I have really enjoyed collecting them. I have all the SG-1 characters that have been released in almost every variation there is. It’s true though, they are hard to find. I bought most of mine from vendors at Creation conventions and collector conventions like MediaWest. It is important that the figures continue because it effects the growth and success of the Stargate franchise as a whole. I really hope DST can start getting the sales they need, and they really need to release the next series. I will definitely be one of the first… Read more »

@TokTanith Must everything always come back to a rant about SGU? Anyway, i’ve always thought the figures looked pretty realistic and I was actually considering getting one, so this is quite a shame.

I bought a large number of them. Every SG-1 member in green cammo (except for Teal’c. I bought black ops. he has hair) and then Sheppard Field Ops, tayla warrior, McKay & Weir season one outfits, the wraith, and an ori prior. I have 6 transport rings and two stargates. Love the figures and wanted to but Atlantis Carter, Ronon, Keller, and Hammond but can’t justify the purchase anymore. I’m selling the whole collection and I have a detailed list of accessories included etc..

Sorry you have to sell your collection. I recommend posting an entry here:

It will be terrible if they don’t release the next figures. I’ve been waiting over a year since the announcement of Series 5 SG-1 figures with General Hammond. He has to be released even if it is for the memory of Don.

[…] in March of this year, Gateworld.net reported that Diamond Select toys was having dificulty finding proper retail support. “There is a […]