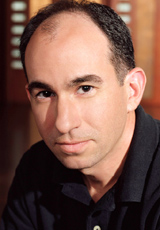 Robert C. Cooper, one of the Stargate franchise’s most veteran writer/producers, is moving on.  Cooper will leave Stargate next month, fellow SGU executive producer Joseph Mallozzi announced on his blog.

“I’m not leaving completely, actually — just stepping back to more of a consulting role for the end of this season,” Cooper told GateWorld.  “However, my credit will remain Executive Producer.  We’ve already developed most of Season Two and I feel very confident leaving the show in good hands.”

Cooper’s final contribution to the stalwart franchise will be a stage panel appearance at San Diego Comic-Con, promoting the second season of Stargate Universe (now in production).  He also tells GateWorld that he’ll be writing one more episode for late Season Two.

That’s in addition to two other Cooper-written episodes still to watch: “Aftermath” will air in October, followed later this fall by “Malice.” The latter episode is both written and directed by Cooper.

Cooper first sat in the director’s chair for “Crusade,” the penultimate episode of Stargate SG-1‘s ninth season.  He went on to both write and direct the SG-1 series finale, “Unending,” plus many of Atlantis‘s most memorable episodes: “Sateda,” “Doppelganger,” and “Vegas.” He also wrote and directed SGU‘s celebrated first season episode “Time.”

Long before that, Cooper got his start as a writer and script editor in the first season of Stargate SG-1, in 1997.  He moved his way up the ranks to earn an executive producer credit, and was made show runner for the show’s eighth, ninth, and tenth seasons.  In 2004 he created Stargate Atlantis with Brad Wright and helped give shape to the Pegasus Galaxy, then shepharded the Ori storyline in the final two seasons of SG-1.

Cooper directed SGU's "Time," often cited by fans as one of the show's best stories so far.

In 2009 he and Wright created a new and different take on the franchise, Stargate Universe.

It’s safe to say that Stargate would look very different without Cooper’s inestimable influence as a writer, a producer, and eventually a fan-favorite director.  Behind the keyboard he has penned a vast number of classic episodes in the franchise’s 13-year, 16-season history.  Just a few highlights include SG-1‘s “The Torment of Tantalus,” “The Fifth Race,” “Nemesis,” “Meridian,” “Full Circle,” “Heroes,” and “Threads;” Atlantis‘s “Runner” and those episodes above that he also directed; and the aforementioned episodes of SGU, in addition to co-writing the SGU and Atlantis premieres.

Stay tuned to GateWorld for more exclusive comments straight from Rob Cooper on his decision to step back from the show, and just what his responsibilities will be for the remainder of Season Two’s production.

We’d like to thank Rob Cooper for his part in more than a decade of great television, and wish him Godspeed in his next endeavor!

(Thanks to Morjana, Jim, Tanith, Patricia, and AusGamerForever for the tip)

It’s a sad day for Stargate Fans; but I wish him all the best in his future endeavors. I suspect he will want to spend much more time behind the camera in a director’s chair. :)

Will be sad to see him leave as he’s responsible for some of my favorite episodes (Vegas, Doppleganger, Time, etc.) but I wish him well in his future endeavors.

Whoa! This comes as a bit of a shock. He and Brad (Wright) have been at the helm for some time now. I’ll be interested to see where he goes from here. Good Luck, Rob, with your career into the future.

another nail in the stargate coffin, it look, stranger how he jump ships as SGU as gone down the drain, sga film still not green lighted, only the thrid sg-1 film confirmed. unless they do some major turn arounds 2011 be stargate last year of showing and unlike star trek, there no major company behaind it, pretty sad day for stargate fans.

Just means (one) parallel Universe of stories will rotate out of view. Somewhere, somewhen.. Cooper’s version of SG1, SGA1, SGU will play on.. but we won’t be able to see them. In a way its the same everytime a friend leaves your life and moves on.. you loose their point of view on the Universe.. hopefully from time to time he’ll phone in and let us know how things are looking over there.

@law7441: Is it true the 3rd SG-1 movie has green light? I didn’t find anything related that info.

Sad day “Indeed”. I Wish Robert all the luck in whatever he does. He has been a huge part of Stargate and one of my favorite directors and writers for both SG-1 and Atlantis. SGU had a great first season (my opinion) and I look forward to the next and hopefully two stargate movies still to come!

I thought one of the reasons they changed Stargate to universe was because they was getting bored and this would “recharage everything!” or some junk like that.

Well smart move jumping the sinking ship i guess not going down with it.

We’ve lost a few very important people in the last couple of years: Martin Wood, one of my very favorite directors and his commentaries were always so interesting; Martin Gero, a wonderful writer and funny guy. (The two Martins together were pretty unstoppable.); N.John Smith; and now Robert Cooper. Damian Kindler also left with Smith, Wood and Tapping. All are doing very well using their collective creative genius on Sanctuary!

And didn’t we recently hear that Carl Binder was either retiring or at least semi-retiring? Or did I dream that?

I highly doubt any of the promised movies will ever get greenlit. RDA is more or less retired these days, except for the occasional guest stint on SGU, and the rest of the SG1 and SGA casts have pretty much moved onto other projects. And to think, they cancelled SGA due to “Bad ratings” and yet SGU has worse ratings. What were they thinking?

@Orcen The 3rd movie was green lit but MGM’s financial situation is such that they have even put the next James Bond on hold. Perhaps it was just as well since this movie was to “Jackcentric” and RDA had slowed down a bit with surgery etc. I was happy to see that he looked much better in Incursion than he did in Air. :)

It is indeed very sad to see Rob leaving, he was always one of my favourite writers/directors, it’ll be sad to not see anymore stuff from him, but good luck on what ever you move on to!

I’m surprised that Cooper is jumping ship so soon after creating SGU. He wanted this for quite sometime because he was bored with Stargate as it was. He even admitted that he was never really a fan of science fiction or Stargate Atlantis. But already he’s had enough. I wish he had made that decision before turning Stargate into the horrible mess it is now. I guess he doesn’t want to be around for the fallout.

Looks like I’m the only one not overly bothered. Everyone has a right to move on and every creative mind feels the need to do something new after a while. I’m confident that the franchise will manage nicely without him; there are still many talented writers around. I’d be worried if BW decided to leave; every other shake-up among TPTB is welcome. :)

Mr Cooper, thank you for all your hard work. I wish you all the best in the future. Good luck!

Like I said already, nothing out of the ordinary. Just think of it – the guy has helped developing, what, 17 seasons of the show. It seems much more likely that he simply got tired of it rather than abandoning something that “going down the drain” (which is not the case with SGU anyway, despite what naysayers might wish!), or abandoning ANYTHING for that matter – he says that he’ll still do some executive stuff for SGU, so it’s all well.

They canceled Atlantis because they were excited about doing SGU and now Cooper is leaving after one season? Huh.

While it certainly is nothing out of the ordinary and as much as I respect the decision of every individual on this planet to move on and do something else, it is rather strange that he is leaving after all the talk about “wanting to do something different” with Stargate… turning the franchise upside down in the process. He got what he wanted (at least I assume he did since he was heavily involved in creating the new series) and now he is bored…? And as for SGU going down the drain… just look at the numbers, it’s all there…… Read more »

Congratulations and thank you to Robert for so many great years of Stargate! Puzzling that he is leaving after just 1 season of SGU when he was quoted as being so excited to start the new series when it was announced that SGA was canned… but anyway, I just hope they bring him back if and when they wrap up Atlantis with the movie!

A couple of you have said that he is leaving “after just one season.” This is not exactly true. First of all the planning of season 2 is pretty much complete; about half of the practical shoot is finished; and he is also going to write one more episode in second half of the season. To pull back to more of a consulting role would be a natural transition of duties to make for a smooth passing such important “reins” to others. Just remember, the production machine that runs Stargate from Brad Wright down to the newest PA is a… Read more »

Maybe because I see people leave jobs all the time, that this doesn’t surprise me. And in the long run it could be either good or bad for SGU. Only time will tell.

Of course people leave jobs all the time and maybe he should have moved on 2 years ago when he felt so bored with his job. But instead he changed Stargate to suit his own needs and for me took away everything that I loved about it. So now after turning the franchise upside down he decides its time to move on again. As I said I wish he’d made this decision 2 years ago.

[…] — just stepping back to more of a consulting role for the end of this season,” he told GateWorld.net. “However, my credit will remain Executive Producer.  We’ve already developed most of Season […]

Looks to me like Cooper is moving away from Stargate a little to make himself more available for other projects. He’s probably aware that the viewership ratings for SGU are somewhat below expectations and that therefor it is unlikely that there will be a third season.

I guess I’m in the camp of wishing he would have made his (perfectly natural career) decsion a few years ago, before being one of the reasons that SGA was shelved in favor of SGU.
If he’d just left to pursue new avenues then, perhaps we’d have had another season of SGA and SGU could have come later.

yes it has, been financally scessfully so far and as low budget it make nice profit for US sales alone and that not counting the international ones, unlike james bond which huge budget and take alot more time.

Looks like Cooper is getting out while he can with minimal damage.

Well, kudos and all that for what he did for the franchise years ago but he’s managed to undo most of the very things people are singing his praises for. He should’ve moved on 3 or 4 years ago.

if they canceled the show i think they should continue with STU by writing books. finish it off.

You just imagined this history? Amazing!!