It’s October in Vancouver, and the cast of Stargate Universe is hard at work for the next month or so yet, putting the finishing touches on Season Two of the show. It’s telling that one of the busiest is actor Jamil Walker Smith who, in addition to his duties as Master Sergeant Ronald Greer on the series, is also jetting back and forth between Canada and Los Angeles to finish up his own personal project — a film he wrote and directed.

GateWorld caught Jamil during a recent break in filming for our very first interview with him. He talks with us about the differences between voice work and live-action acting, how he got the role of Greer, plus the character’s personality and how it relates to his own. He also shares his favorite memories from the show’s first season, looks ahead at Season Two, and more!

GateWorld: It is great to finally chat with you Jamil. How have things been going for you?

Jamil Walker Smith: Excellent. Very exciting. We’re 16 or 17 episodes in, so we’re all very excited to finally be able to share what we’ve been cooking up here in Vancouver with the rest of the world.

GW: It’s the final stretch now, you only have a few more weeks before you wrap for the year. Correct?

GW: Let’s talk a little bit about your career before Stargate Universe. Most people probably know you from your voice work that you did on Hey Arnold!

GW: What was that like? That’s probably a majority of where your time was spent. You spent a lot of years voicing Gerald on that. Comparing voice work to the onscreen roles that you’ve done, like on Bones and some of the other shows that’s you’ve been on before Stargate Universe, can you compare the two? 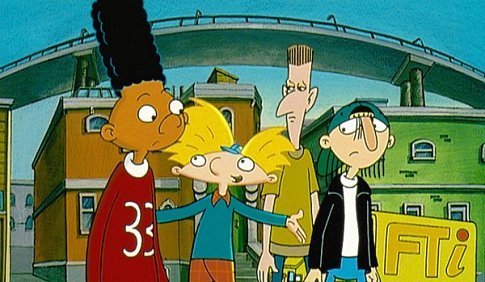 Smith voiced the character Gerald (far left) on Nickelodeon's Hey Arnold! from 1996 to 2004.

Ah, compare the two. Voice-over work is great, especially when you’re young, because it’s instant dialogue. You show up and you’re reading and it basically prepares you, in a lot of senses, for cold reading. Also, as an actor, you have to make quick choices on the spot, especially when you’re doing TV. We’re shooting the equivalent of a movie in eight days, right? So I’d say my work in voice-over, especially Hey Arnold!, really prepared me for taking this next leap into becoming a series regular on a TV show. And it kept me out of trouble, from the time I was 12 to 18.

GW: Let’s talk a little bit about SGU and how you became involved in that. We’ve heard some of the stories from some of the other cast members. Can you walk us through your process?

JWS: OK, so this is how this SGU thing came about, which is interesting. At the time, I recently just wrote and directed a feature film that right now we’re in the process of distributing and getting out there. At the time, I was doing research, because the piece is about Marines going away to war. During that process, I interviewed about 12 different Marines down at Camp Pendleton and in Los Angeles.

So that was where I was at, artistically, at that moment. Then, the next thing you know, I get an audition for a part where, guess what, it’s a Marine being interviewed. So I’d say that I’d done my research and I drew from that experience and applied it to the development of this guy who, at that point, was Ron Stazinski.

GW: I think the character breakdown had him with the nickname “Psycho”.

JWS: Yeah, Ron “Psycho” Stazinski. So I think it was going to be like some 6’4″ corn-fed, gung-ho Marine from Iowa. Somewhere along in their process, they opened it up to different types, if you would. At the time, I didn’t even have a manager. My friend’s agent saw a short film that I did called In the Wind. She saw that film, she called me from her vacation in Mexico and asked if I’d be willing to go in for this role. I went in the next day and three weeks later, I got a call offering me the role. So that’s my story. At the time, I was actually washing dishes and telemarketing.

GW: Oh, really? Been there. Well, not the washing dishes, but I’ve done the telemarketing so I feel that pain.

JWS: Welcome to the life of an actor!

GW: What parts of your personality would you say that you share with Greer? Greer seems like the quick-to-anger type and that probably comes from the background that he has. I’m assuming that as an actor and as a real live person, that’s probably one of the characteristics you don’t share. What would you say you do share, though?

JWS: To the outside world, they may see him as angry. I see him as rather passionate and a man who knows what he wants. I’d say something that Greer shares and that I share is, before you like me, you’re going to respect me. That was something that was instilled in me, growing up, and that’s something also that Robert Carlyle has preached to me in terms of his process as an artist.

That is something that has definitely stuck for me in understanding this character. The best athletes in the world — a lot of times people don’t really know if they like them, but it doesn’t matter if you like them. You respect them. I think that’s something that Greer shares that I definitely share. 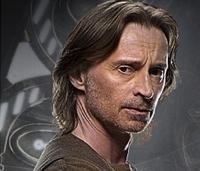 I’d say that Greer believes in something bigger than himself and is willing to put his life in danger to see to it that a greater good is served. I know myself, Jamil Luis Vamerana Walker Smith, was raised to believe the exact same thing. I was taught if a man isn’t willing to die for something, then he’s not fit to live. Even though that may sound extreme, that’s a general sort of principle I try to, metaphorically and ethereally, model who I am after.

In that sense, I really learn a lot from Greer. In a lot of ways, he possesses qualities that I’m looking to develop more of in my life.

JWS: I can’t completely speak on it, because I’m not literally a Marine, but I think when you join the services, there’s an indoctrination that takes place that a lot of the general public don’t really completely understand or know about because we’re not there. In that indoctrination, I think they really convince these young men and women, they instill in them some principles and some ways of acting that really show up in how they serve and what they do.

However off the charts Greer may seem, a bit of a loose cannon or whatever, what people have to understand in this Stargate sort of world, he’s one of the best at what he does, otherwise, he would not have been selected to be part of this off-world mission. It’s like watching a player, complaining about his soccer game, but guess who he’s playing for. Manchester United. You know what I mean?

I think he’s part of the glue that’s holding together, if anything, some sort of normalcy on this ship. It’s easy for things to fall apart and some of the structure and chain of command, those lines to be blurred because now either we’re not in the safe confines, if you would, of what we were sent to do. Now we’re in this completely other whole different world that we weren’t really prepared for, that being the Destiny.

GW: Some of those checks-and-balances don’t apply.

JWS: His intuitiveness serves that.

NEXT: “Lost” and the driving themes of Season Two

I do adore JWS and his Greer is one of my favorite characters on the show. He seems very intelligent and polite in this interview and I like that his take on Greer is pretty close to how I was interpreting the character. But “lots of death”? I’m not sure how I feel about the “I know one” comment. I’m not sure I can take anymore.

I do hope he does a convention or two, I would be veeeery interested in that free hug. :D

Greer gets down to business, a conversation between him and scott was classic, scott said”I don’t know how you put up with this” greer while he walks away says” yeah well you better learn”
I laughed my ass off good show.

Anyway, I second everything Ashizuri said (including interest in that free hug…;)). I hope he’ll start doing cons soon. On both sides of the pond please. ;)

I found his comment about kino episodes particularly interesting. He does appear in them a lot and they often portray him in far better light than the series. As much as I love them, I’d prefer to have more ‘kino’ material included in actual episodes. Like the man said, let him act; he sure has the talent!

Among the entire Crew, I have supreme respect for Greer and Rush. They’re the only two that truly same to appreciate their relative positions on the show. Not being apparently burdened by it. Greer to me is the strongest, and potentially, the greatest member of the crew.

Chad: Great interview. You asked all the right questions in a way that tends to draw out the actor. Seems to me like they’re comfortable talking with you.

Jamil: I love your character and enjoy watching you work. I respect your acting chops. Looking forward to seeing you at a Con some day.

Greer is a strong character, he has been developed the best! First we see him as this seemingly punk guy who is locked up! Then over time we learn that Telford was an a-hole and Greer is a good man just sometimes makes a mistake, like us all! I think that’s where other characters lose footing. Like Young, he does something so awful that you can’t redeem him for it and say ‘we all make mistakes’ … Mr. Smith – you do an amazing job portraying Greer, keep the character strong and alive. In fact I think I could see… Read more »

Great discussion and, in my opinion, Greer is one of the most interesting, if not the most interesting character on SGU and one who has even evolved some in the short time the series has been on. I also think Smith is an excellent actor and has done some standout work throughout.

What a good interview. Good qusetions and answers.

What makes Greer tic? I think that would be a time-bomb. My least favorite character. Thinks he’s Rambo.