It is that time of year again. Time to be with loved ones, celebrate the holidays, and hold our breath about the news of a renewal or cancellation.

GateWorld had the pleasure of spending a little of that time with Patrick Gilmore, better known in Universe as Destiny scientist Dale Volker. In our first interview with this fine actor, we discuss the character he plays and the various dynamics between the Destineers, from ever-changing allegiances to the struggle to survive. We take the temperature of the industry and the difficulty of finding work, and discuss the reward of sinking your teeth into a project blessed with the right amount of talent.

Gilmore also takes time to tell us about “Trennan,” his character from the steampunk SyFy Web series, Riese. All ten episodes are available for viewing on SyFy.com now!

GateWorld’s interview with Patrick Gilmore runs over 36 minutes and is available in audio for your easy listening. It is also transcribed below.

GateWorld: How are you, sir?

GW: So, the finale is being shot right now?

PG: Yeah. My first day on the finale was Monday and it was the very last scene of the episode, too. Once you get to it, you’ll see the significance of it. We all kind of looked at each other and we’re all just like, “Aw, I don’t want to go away for a few months.”

GW: Yeah, I understand. And hopefully, they’ll give Season Three the green light.

Gilmore as a Genii officer in the Atlantis Season Four episode, "Harmony"

GW: A lot’s up in the air right now. When do you wrap? I know post goes on for a while, but when do you guys finish up?

PG: My schedule is filming this week. We leave Thursday for Toronto. The entire production is flying the cast and Brad Wight will be there, and [John G.] Lenic, because we’ve been nominated for all these Geminis, which is like the Canadian version of the Emmys. So we’re going to have a great party in Toronto for the weekend, and then back on set next week. My last day is the sixteenth and I think the last day of filming is the nineteenth. Then we have the big wrap party on the twentieth and then everyone just filters off into the world.

PG: Exactly! I think the only people left in town, in Vancouver, are going to be me and Jen Spence and Julia [Benson]. I think even Louis [Ferreira], who has a home here, is going to head to L.A. and [Peter] Kelamis has a place in L.A. and everyone else just finds their place.

GW: Peter comes back down here? Isn’t that interesting.

PG: The interesting thing about Peter was that he bought a house. He was planning to move to L.A. before he landed Stargate. There’s a lot of stand-up down there and that’s where he was making his living. Then he landed Stargate and it was just like, “Well, maybe I can have my cake and eat it too.” So him and his wife bought a place and they go back and forth. In fact, he was just in L.A. last week, [then] he comes back up here. He’s traveled so much. I can’t handle it.

PG: Yeah, life gets in the way! Everyone’s got that story too — and it’s always fascinating — of “How did you end up here?” Everyone’s got a really cool path.

GW: How has the show been this year, from a production point of view?

PG: It’s bigger. It feels that way. It’s funny, I have to give a little side-note here. As an artist, when you’re doing theater, which is what I started with, you spend a lot of time talking about the play and you’re surrounded by your people and you live with the project for months, if you’re lucky. And then you get into TV and you spend a day on set here, a day on set there, stuff that no one ever sees, you never get to actually talk about and dissect it. 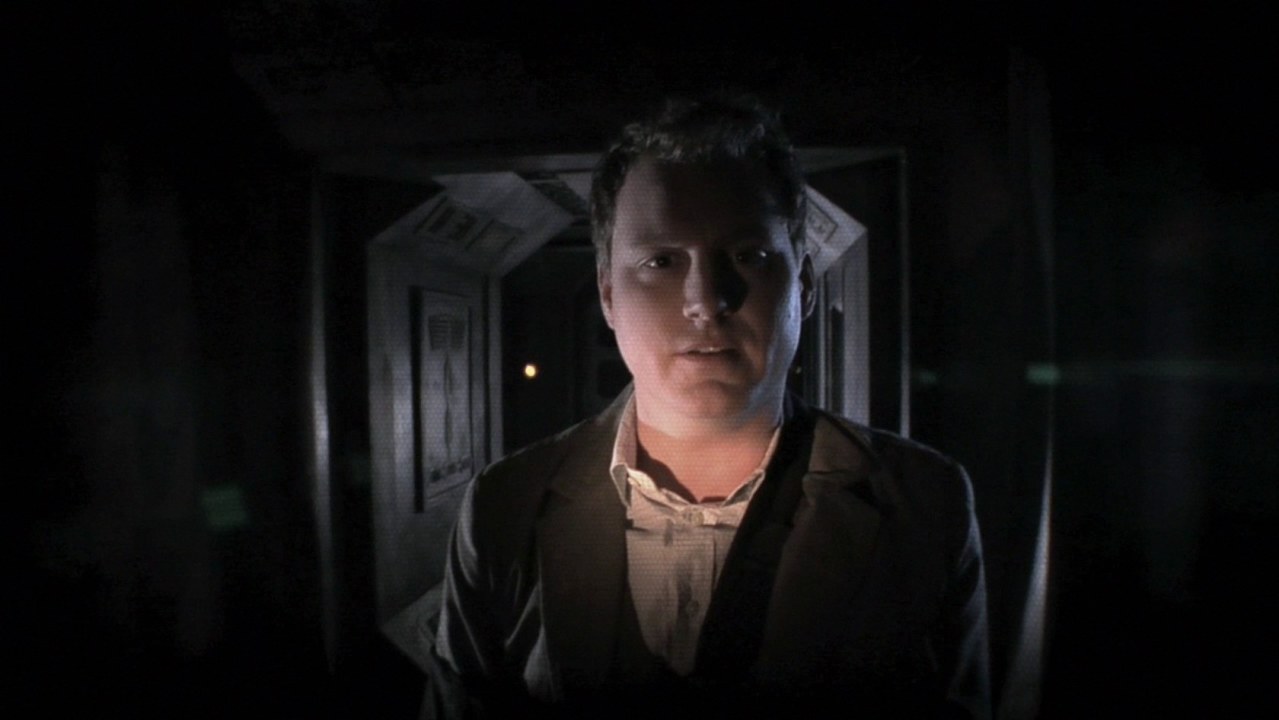 One of Dale Volker's earliest scenes, talking to a kino in the SGU Season One episode, "Darkness"

But then once you get into a regular TV role, with a fanbase — they dissect every centimeter, every inch of the show — you get the opportunity to discuss it. There’s creativity in that and it’s so satisfying to be able to actually talk about the show to death and take it apart. I enjoy it, I love talking about the process. I was doing commentaries for the Season Two DVDs and talking with David about his process and talking with Brian, we spent hours just talking about it and that’s just so satisfying.

So when you ask me, “What’s the production like?” I’m thinking, “I’ve never been asked that in years, until two years ago when I got into the sci-fi world.” It’s satisfying. Anyway, the production. So, yes, it’s bigger. Season Two is bigger. Because, I think, in the first season, we had to establish the characters in order for you guys to care about them and that’s where some of the critique came from, you know, “It’s too slow.” But it was important and I don’t think they would do anything differently because you needed these back stories and these moments for these characters.

You want to compare it to A New Hope and Season Two being Empire, where, let’s put us in the worst possible positions and have it just, bam bam bam, action, action, action and just incredible circumstances. Mark Savela and his team, it’s like a sweatshop in there. You’ve been up there, into that brick building? It’s like, no windows, it’s all closed off. You go up there to say, “Hi,” and it’s like they haven’t seen a person in ages. They’re like transparent, they haven’t seen the sun they’ve been working so hard. And yet they still have time to do these things like outtakes with Telford and the alien.

PG: That was so funny.

GW: That was funny. You were talking about the differences between theater and the television process. I love theater and being a part of that, where you get to have the entire performance every single night and maybe tweak it a little, change it here and there. Whereas, when you’re on screen, it’s like you get the jigsaw puzzle, you get the box, you get to see what it’s going to look like in the end in the form of the script, and then you get handed a select number of jigsaw pieces and come in on various days and put the piece here and put the piece there. It’s a new jigsaw puzzle every single week.

PG: Absolutely. That’s why we’re so excited to watch these things, because we’re at the mercy of the editor as well. So often we’ll try something and do it different ways and you just hope that there’s a continuity through the whole episode.

GW: Are you a fan of science fiction? In Vancouver you do a lot of sci-fi up there because Vancouver, naturally, has drawn that over the years, but are you personally a fan? Or have you grown to be a fan of it?

PG: This is a horrible example, but just bear with me. I grew up in Alberta, which is like the Texas of Canada, and my Dad hated dogs so I grew up never having a dog. Now I’m not a big fan of dogs, I tend to shy away from them. I moved to Vancouver where they bring their bloody dogs into the Safeway, everyone’s got a dog, they bring them to the grocery stores and I find that after eight years in Vancouver I kind of like dogs.

Now, I’m not saying that I ever hated sci-fi, but I grew up, of course, loving Han Solo, Indiana Jones was the reason I got into acting, I loved the Star Trek movies. Never saw the TV show. It just didn’t interest me. I had friends that were big fans, but I loved the movies, at least the original six movies. Then I moved out here and, of course, I was a fan of the Stargate movie and I watched the pilots for both shows, but I never got drawn into it, and I watched the episodes I did, so until I filmed SGU I’d seen all of four Stargate episodes. It’s kind of embarrassing!