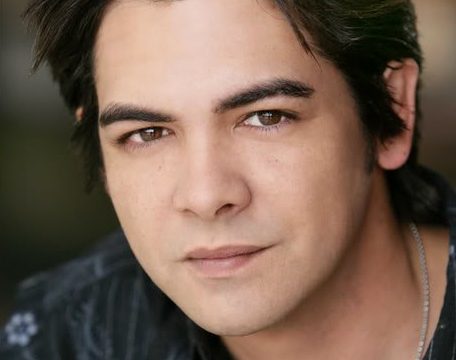 The creators of Stargate SG-1 wanted Skaara to be a regular on the show, according to actor Alexis Cruz.  Cruz talked about that important transition from the Stargate feature film to the TV show in an interview with SciFiAndTvTalk’s Steve Eramo.

“Originally, there was supposed to be three Stargate features, but then MGM bought the rights to the film and decided to turn it into a series,” Cruz said. “The producers [Brad Wright and Jonathan Glassner] asked me if I’d like to be a series regular but I declined. I didn’t want to be tied down to playing the same role week-after-week, plus I didn’t know how they planned to develop Skaara.

“However, I still wanted to be involved in the series, so they very kindly offered to make my character a recurring one.”

(The recently published “Blast from the Past” interview was conducted some time after Cruz’s appearance in the Season Three episode “Pretense,” but this isn’t info we remember seeing all those years ago.)

Cruz was the only actor from the original feature film to cross over to the television series in 1997.  He was later followed by Erick Avari (Kasuf), and by two actors who played different roles from their film personae — Richard Kind (Gary Meyers, Lucius Lavin) and, most recently, French Stewart (Ferretti, Dr. Andrew Covel in “Alliances”).

He later tried his hand at series television with Shark, which ran for two seasons on CBS (2006-2008).  (His character was killed off halfway through the first season.)

Skaara, a series regular?  Maybe even a member of SG-1, helping Jack O’Neill and Daniel Jackson try to rescue his sister Sha’re from the Goa’uld?  What do you think?  How might it have changed the course of the show?

That would have been different! :)

Most intriguing news indeed… Skaara as a member of SG-1… If it had been this way, he would have probably took the alien part filled instead by Teal’c. And we can assume his part would have been (maybe, we’ll never know) actually quite similar to Teyla’s in Atlantis: an alien who has lost his family, whose people has been cast away by the enemies… That would be so interesting to really know what developments were in TPTB’s minds then… In my opinion, Skaara as a regular would have maybe worked for 2 or 3 seasons, no more (the same length… Read more »

I bet he would of became a Goa’uld host a few times if he was apart of Sg-1,Tea’lc might of not even been apart of SG-1,Because i think the producers goals were to have a alien/Off-world team member on Sg-1 Team,They’ve done it a few times, even in Atlantis,with Ronin and Teala,And in Sg-1 with Jonas Quinn. Maybe Teal’c would of been there, but probably later on…

I believe if Skaara was a part of SG-1 from the start, they would’ve spent too much time focusing on rescuing Sha’re. I’m glad they spent most of the time with the discovery of other worlds and running into other problems, that’s what made the show for me.

I couldn’t picture him as part of SG1.

Very interesting indeed but why did it take so long for this interview to come to light? As far as Skaara being a full time member of SG-1 it would have been interesting but hard to imagine. Though if this had come to light many plots/plot devices revolving around Teal’c and the Goa’uld would either not have been created or had to be exposed differently. I guess having an SG-1 without Teal’c is hard to imagine. That said I could easily have seen Skaara as regular on the show. Does anyone know if they have ever considered finishing the Trilogy… Read more »

Given how his career been looking since the SG-1 days, I bet he’ll regret not taking the offer.

I think they used Cruz and Avari just right. Just enough to tie them back to the film and remind viewers of it’s roots, without them becoming commonplace fixtures in the show.