Time marches on for both the regular cast of Stargate SG-1 and its supporting players. It’s a fact that also holds true for perhaps one of the most important recurring roles in the back-half of the series’ run, Baal, and the actor who brought the menacing Goa’uld System Lord to life: Cliff Simon.

GateWorld had the opportunity to catch up with Cliff during one of the stops of Creation Entertainment’s Official Stargate Convention Tour last year, and the actor was gracious enough to fill us in on what he’s been up to since Stargate: Continuum (to this point, his final appearance in the franchise). During our discussion, he talks about his most current projects, his enjoyment of his time on the series 24, the positives and negatives of typecasting, the highlights of his time on SG-1, and more!

GateWorld: So, how is life treating Cliff these days? What have you been up to? It’s been a while since we’ve talked to you.

Cliff Simon: Yeah, yeah, it’s good. Been auditioning a lot. A lot of auditions, no work yet, which is okay. I’ve been busy. I’ve got three projects which I’m working on with some partners. The first one, the biggest one for me, is a true-life story about a black athlete called Black Butterfly and that’s a movie treatment we’re busy doing. I have the life rights to this guy and it’s a sports story but it takes place in prison. Very interesting. So that’s just writing. 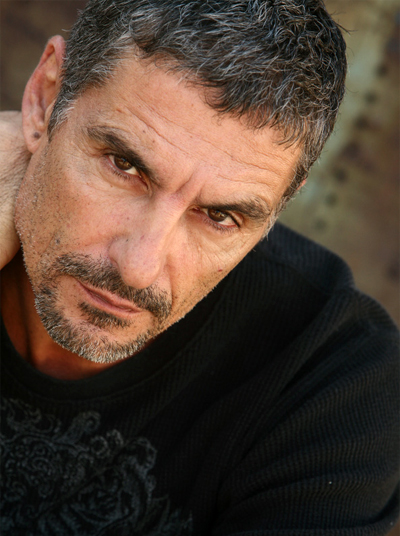 GW: I think when David talked to you last time, at that point you didn’t even have a title for it.

CS: Yeah, I’d already started writing that, so that’s nearly at the stage of, we’re getting the treatment just right, because it has to be pitched in New York.

GW: Are you still looking at maybe Will Smith for the role?

CS: Yeah, I’d still like Will Smith for the role. Yeah, hopefully. We need to get it to Overbrook [Entertainment], but the first obstacle is getting it into development and then getting the money.

And then I’m working on another project called Dust, which is a sci-fi western. It’s kind of like my baby and that I’m the lead in as well. That’s a great project because I’ve always wanted to do a western.

And we’ve just started up, like a week ago, I’m in contact with the Moulin Rouge in Paris — I used to work there — and we are going to be, hopefully with their permission, doing a documentary. I’ll be narrating the documentary as a previous dancer. So yeah, three very interesting and very different projects.

GW: And in all very different areas.

CS: Yeah, completely different. I’m trying to move more into producing my own stuff and writing and that kind of thing. I’m getting a little tired of auditioning for roles.

GW: We got to see you in the premiere of the final season of 24. Was that an enjoyable shoot?

CS: Yeah, that was great! It’s an award-winning show, Kiefer Sutherland was fantastic, a really nice guy. When it was time to work, he was all professional and work, but behind the scenes when we’re sitting around, he’s sitting there and we’re having a smoke. A very nice guy. And working with Brad [Turner], who was the director, a fantastic guy who is also the producer on the show. Very professional and a lot of fun, sitting on top of a building in downtown L.A. and shooting a sniper rifle. As it was all happening, which was brilliant, because that’s how they film it. I wasn’t shooting at nothing, I was actually shooting at a car that was racing down the street. Brilliant. It was real.

GW: I guess a chance for boys to be boys.

CS: Yeah, for sure! Guns and cars!

GW: I know you said you’re focusing a little bit more on production — is that where you see yourself moving more, into maybe less acting and more into production in general? 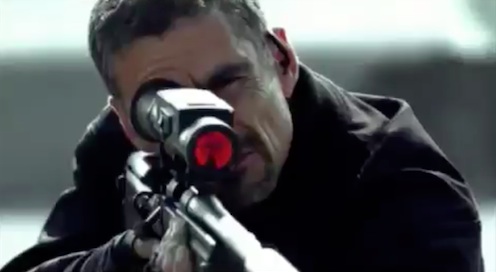 Simon as a Russian sniper in a still from the final season premiere of the FOX network series 24.

CS: Mmm, just developing my own projects, whether I’ll be in them or not. At this stage it doesn’t really matter. Dust, like I say, if we can get that off the ground as a TV series, for me personally, will be fantastic. That will be my vehicle, that’ll be my Rocky.

GW: It’s been two years since Continuum was released and there’s been some time now. Is it nice having a little bit of distance from the character of Baal? Not just in terms of having the time and ability to produce what you want to for yourself, but also from a typecasting standpoint?

CS: Yeah, that’s also been the problem. You know, I haven’t had one audition for a sci-fi show. Not one. In L.A. they’re filming sci-fi stuff all the time, and I know I went through this in South Africa as well — I was so recognizable as Baal from Stargate that sometimes other shows are a little scared to take you on as even the villain, because everyone will be, “Oh, there’s Baal.”

GW: When you walk into the casting room, if there’s somebody that recognizes you from there that can be a strike against you or strike for you.

CS: Actually, with 24, the casting director — all the producers were in the room — the casting director went out to the bathroom and when she came back in, she came up to me and she whispered in my ear, “Oh, I love your character on Stargate.” And I was like, “OK, great!” But it could have worked against me as well. But it didn’t, and there was a perfect example of where it worked for me. She, the cast director, really pushed me for the role and I just had to do a little bit of Russian accent stuff for them.

It’s just a funny thing. In sci-fi, nothing’s happened, which is a pity but it takes a bit of time. Sometimes it does take a couple of years.

Out of all the Villains in the Stargate Universe Baal and Todd are my absolute favorite.

Agreed. Baal was one of my favorites as well. He was intellectual and cunning. He was a little modest as well. Cliff Simon did an amazing job playing and well Creating the Ba’al that we know and love!!! Continuum was sad when Katesh killed him, that made me sad, I always like Ba’al and was always hoping that one day he would trully turn good and help SG1, haha wishful thinking I know!

Is there any reason why this interview was done sometime last year and has only just been released? Its like reading old news! Could you imagine if news reports were done like this?

I always loved the episodes with Cliff. He played the Ba’al character so well. It was cool seeing him on 24, also. I just wish they could have given him a larger role, he would have made such an amazing villain on that show I think. Definitely could have given Jack a rough day!

@krazzed — we always try to publish our interviews in a timely manner, but in the case of this chat, it was a couple different issues…part of the reason being that I just did too many interviews last year. Most of those were very time-sensitive (like the SGU ones) so interviews that were just more leisurely and not production based were pushed back. Secondly, this isn’t a day job for any of us. We all have jobs, families, etc. I’m very guilty of not always being able to spend as much time as i would like taking the reporting load… Read more »

I had the pleasure of talking to him for 40 minutes while he had a break outside the venue in Auckland,New Zealand at the 2005 Armageddon expo.Very cool guy and down to earth.Good to read about what he’s been up too.cheers to all!

I didn’t even realize it was old news. Either way I still enjoyed it!

And I agree, Ba’al was B.A. and also the butt of plenty of jokes :)

Ba’al was my favorite Goa’uld and Cliff Simon played him with such relish. Although the character was evil you could see he also was very clever and had a great sense of humor. Cliff Simon brought all those elements together for his character to produce a very likable bad guy.

I wish Cliff all the best in his career and look forward to seeing him again on the small or large screen soon.

I can tell it’s a little older since there’s no mention of the two guest spots Cliff had earlier this year, but do I care? NO!

Cliff, keep on keeping on. I’m very eagerly anticipating DUST, so I really hope that gets picked up. Great news on Black Butterfly and the commentary. Quite frankly I’d pay for anything you narrated :D

Anyone who complains about news being old on a free site needs to take a deep breath and get a better sense of proportion. You guys are doing a great job here, and this was a nice read, old or not.

Just saw Mr Simon this week on NCIS LA playing the bad guy – don’t know how old that ep was- am just getting into that series, but it was fun seeing him again.

Cliff is an amazing actor. I really enjoyed his roll on Stargate – especially where he had to work with SG1 to overcome some objective. Those were fun episodes. I really liked how his character evolved as well; one week he’s a super villain, the next week he’s admittedly in need of help. The comedic relief was great too. Best to you, Cliff! Thanks for being may favorite bad guy