The close of August means the Stargate Rewatch is ending its first leg, as we finish up Season One of Stargate SG-1! It all started here, and we’ve enjoyed going back to relive some truly great episodes of television.

We asked you to nominate and vote on your favorite episodes and character moments from this season. With nearly 4,000 ballots tallied in August, here are your winners for the SG-1 Season One Awards! 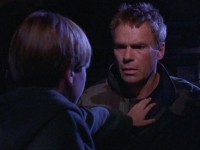 The Past Is Past. Jack comes face-to-face with his alien double and the memory of his son’s death.

A Great Discovery. Daniel discovers an ancient meeting place of four great races — real “meaning of life stuff” — but must allow it to be destroyed.

From: “The Torment of Tantalus” 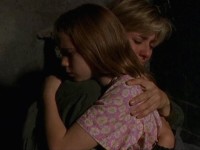 The Power of Love. Sam refuses to leave Cassandra, though a bomb inside the child is about to explode.

‘Many Have Said That …’ Teal’c turns his weapon on his fellow Jaffa, helping SG-1 and the other prisoners escape Apophis’s dungeon.

From: “Children of the Gods”

Earth At Risk. SG-1 unanimously decides to defy orders and gate to the launch point of a Goa’uld attack on Earth.

From: “Within the Serpent’s Grasp” 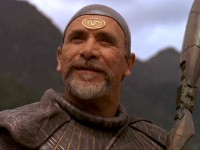 Tony Amendola’s first guest appearance (of many) introduced us to Bra’tac, a father figure to Teal’c who at this point was still in the service of Apophis. 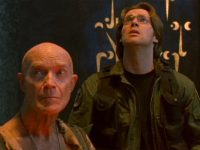 The Torment of Tantalus

SG-1 tracks down Catherine Langford’s fiance, who took the first Stargate trip in 1945, and discovers an ancient meeting hall that may hold the secrets of the universe itself.

Starting tomorrow we’ll blaze into SG-1 Season Two! Stay tuned to find out how to nominate your favorite episodes and character moments for next month’s awards.

Congrats to the winners! The poll is a great idea, and I had fun participating. I need to figure out my nominations for season two. It is interesting how close the final percentage is for the two Sam episodes with the majority of the votes, and all of the Best Episode category. Will there be a series best poll at the end of the Stargate SG-1 re-watch?

I love all Stargate.Never get sick of them.

After watching Season One, I can’t recall one time where Teal’c said “Indeed!”. I’m looking forward to Season 2!

I also love the Jack’isms.
From Politics: “Can I get a copy of that?”
From Emancipation: “it kind of works for me.”
and so on…

Thanks, Darren. My household had a blast with this rewatch… and that’s saying a lot in economic AND weather-related times like this ’round these parts.

Great season. SG episodes have so much rewatch value. Ive never watched any show as much as stargate. No matter how many times ive seen an episode it never gets old.

I’m way ahead in the rewatch. I’m half way into season 7. I have a friend that watched the last 2 season of Atlantis but had never seen any SG-1. It’s been fun watching from the beginning all over again.