Today wraps up month two of the Stargate Rewatch! We’ve been enjoying the second season of Stargate SG-1 all month long, and are ready to head into Season Three in October.

At the beginning of each month we’re asking fans to nominate your favorite episodes and character moments from the season. The voting begins mid-month, and today we’re ready to announce the top picks for Season Two! With 2,400 ballots cast this month, here are your winners:

Great Potential. Having had the Ancients’ library of knowledge downloaded into his brain, Jack is driven to an unexpected meeting with the Asgard in another galaxy.

From: “The Fifth Race” 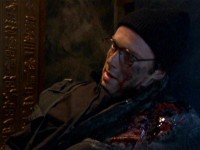 ‘I’ve Got Your Back.’ Struck down by a staff weapon blast on board a Goa’uld attack ship, Daniel insists that Jack the others leave him behind and save themselves.

From: “The Serpent’s Lair” 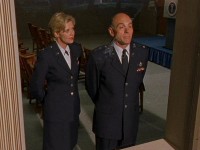 The Hidden Truth. Sam must turn down an opportunity to join NASA when her father Jacob re-enters her life, along with news that he is dying of cancer.

Abort! As SG-1 desperately tries to escape the blast of a rocket looming above them inside a missile silo, Teal’c calmly zats the engine and disables it.

Waiting A Long Time. The General greets SG-1 upon their return from the past, informing Jack that he owes him “539 dollars and fifty cents” for the money he borrowed from his younger self.

A Way Home. SG-1 is trapped in the year 1969, and must go incognito and cross the country with a pair of hippies to find a way to return home. 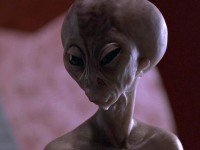 Let’s be honest: it was never a question of whether our favorite little gray guys would win, but how much they would win by! Thor and his buddies walk home with the trophy and 82 percent of the vote. 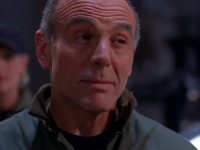 Season Two introduced us to Sam’s dad, and this episode made him a vital recurring character. Jacob takes a Tok’ra symbiote to save his life, and becomes Earth’s most important foreign ambassador. 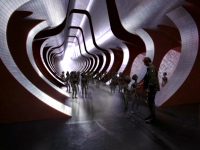 One of the greatest episodes of all time, in our opinion, “The Fifth Race” put Jack O’Neill in mortal peril, showed the team coming together and risking their lives to save him, and gave us new Stargate addresses to planets the Goa’uld don’t know about. But best of all, it sent Jack to a fateful meeting with the Asgard, who tell him that humans have a great destiny.

It’s not too late to join the Stargate Rewatch! We’re reliving all 17 seasons of Stargate history, covering one season every month through 2012. Stay tuned to find out how to nominate your favorite episodes and character moments for next month’s awards.

Whenever I look back at episodes like ‘The Fifth Race’ it saddens me, that the whole thing with the 4 races and man’s destiny never really came to fruition. Somebody with a lot of money needs to write scricpts for 2 or 3 stargate movies, finishing off the SGU arc and what’s left to finish in SGA on a worthy note, and combine all that with SG-1 . . . with the Furlings saving the day at the very end. No, seriously. This mythology had and still has so much potential. It would be a crime to just let it… Read more »

Considering that StarGate movies are almost certainly not on the plate in the future, I am hoping for the book series to stay active. The possibilities are only limited by the writers’ imagination. That and a continuing market. Hopefully, the fan base will be sufficient to keep the franchise alive in some form.

It’s amazing that I agree with all the results.

And STILL people complain on every comments area about Universes’ cancellation. Get over it already, don’t clutter otherwise excellent articles with it.

Also, I too agree with every result. The Asgard were amazing.

Virtually none of my selections won, but I am having a good time with the poll. Easy to do because the nominees, and winners, are all great SG-1 moments. More, please! I’m already looking forward to the season 3 nomination process, poll, and winners.

How does it clutter the article when I express my feelings on part of what’s mentioned in it? Give me a break.

Only two of my selections lost.

Ha,I agreed with all the results but one;best team moment.

I knew I was fighting an uphill battle against an all-time favorite such as “The Fifth Race”, but it’s a battle lost that I’ll gladly accept with a warm smile.

“Race” will always be in my personal Top Five of *all* SG episodes (SG1, SGA, or SGU), but “A Matter of TIme” will always be my Season Two personal pick. It was an outstanding piece of action-oriented storytelling in a series only two years old at the time…

I have to say, Need is an excellently acted movie. I think these best episodes are more like, fan favorites. But as far as acting goes, Need was done really well.