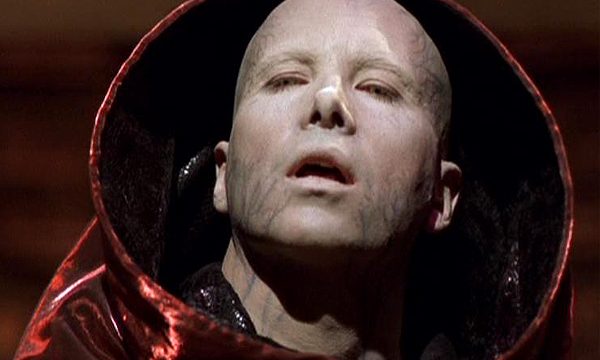 This month the Stargate Rewatch has reached one of our favorite seasons from the 17-year history of Stargate on television: SG-1 Season Three! From Hathor to Sokar, from Urgo to Replicators — this season has it all. As you plug away on your DVDs, digital downloads, or online streaming of Stargate, here’s an intro to the season of the month, and links to all the Season Three goodness we have scattered around GateWorld.

We want to hear from you! If you are blogging about your Rewatch, writing new fanfic, creating artwork, or doing something else related to SG-1 Season Three, e-mail us a brief description and a link. We’ll feature some of the best from the Stargate community later this month.

Learn more about the Stargate Rewatch and how you can participate. It’s not too late to catch up!

Season Three of Stargate SG-1 first aired on Showtime in the U.S. in 1999 and 2000. Earth had made new friends and allies in the Asgard and the Tok’ra, and witnessed the downfall of the powerful Goa’uld System Lord Apophis. Those alliances would prove vital to Earth’s survival, as well as the recovery of Sam’s dad. Sokar steps forward to fill in the power vacuum and try to take over the galaxy, Jack gets stranded on another world, and the fates of both Daniel’s wife and her brother — taken as Goa’uld hosts in the show’s pilot episode — would be decided.

Come back in two weeks to cast your ballot for the Season Three Awards!

Halfway through season three. I said in an earlier post that it may possibly be the best season. “Daniel, what the hell does kree mean?”. The timing of it is almost as funny as the line itself. There is another great line from Jack later in the episode.

Tough to pick a best/favorite episode for me for season three!

“They put that damn memory thing on me. Then they gave me something that reminded me of the 70s.”

Thank god for the rewatch guys. I m keeping pace and really enjoying watching it all from the beginning.

Great season,start of those stellar ones with each one better than the one before,or at least better in some ways,while keeping the level of quality constant..all the way till season 8.I like 8-10 as well though…a lot!
I’ve already finished season 3..I went ahead,cause I won’t have time to watch so much anymore till after Thanksgiving,so this way I’m gonna be able to keep the pace.
Anyhow,this whole common,mutual rewatch thing was/is a really awesome idea!

Just a quick general question about the rewatch, Stargate sg1 seasons 8-10 were airing the same time as atlantis, will you be doing the SG1 and SGA in seperate or the same months