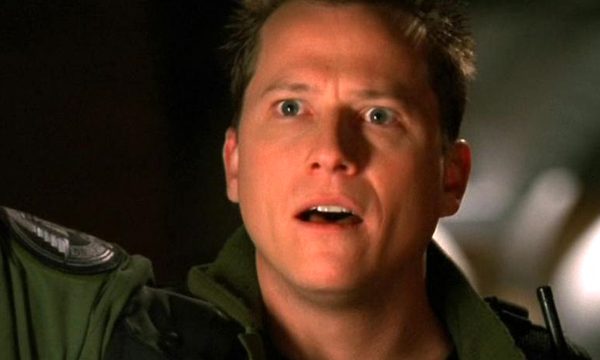 ‘This single blade did what we could not: it has brought us together.’

It’s 2012, and that means there are still 12 months of fantastic Stargate episodes ahead for the Stargate Rewatchers! Rewatchers are enjoying Stargate SG-1 Season Six all through the month of January. Here’s your intro to SG-1‘s sixth year and links to everything related here on GateWorld.

We want to hear from you! If you are blogging about your Rewatch, writing new fanfic, creating artwork, or doing something else related to SG-1 Season Six, e-mail us a brief description and a link.

Learn more about the Stargate Rewatch and how you can participate in the new year!

Big changes were in store for Stargate SG-1 when it began Season Six. The series had been dropped by Showtime after five years, and picked up by SCI FI Channel for what many thought would be one last year. But being basic cable, SCI FI introduced the show to a legion of new viewers and it took off — along with the first time repeats of past seasons had been seen on the network. Season Six aired from 2002 to 2003, and it would be far from the end of the team’s adventures.

With the departure of Michael Shanks the show welcomed a new regular cast member: Corin Nemec joined SG-1 as Jonas Quinn, a bright and eager young Kelownan who played a role in his predecessor’s demise but is now trying to make up for his mistake. Meanwhile, Anubis is on the march, using his insights into the Ancients to conquer the galaxy. Earth takes a big step forward by launching its first space vessel, Prometheus … and the Replicators become a bigger threat than ever before.

Come back in two weeks to cast your ballot for the Season Six Awards!

I liked season 6, the jonus chronicles :)