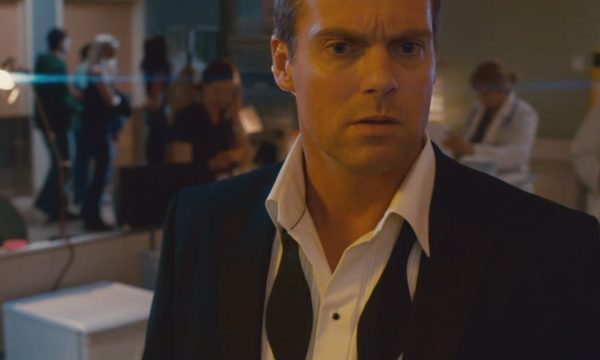 An original production of CTV, the supernatural hospital drama sees Shanks’ character of Dr. Charlie Harris become a patient in his own hospital.  His body locked in a coma, Harris’s spirit wanders the halls of the hospital where his fiancée and fellow surgeon, Alex Reid (Durance), also works.  Check out the trailer below.

See the original report at Deadline.

Also right on, I was wanting to see this show.

Kudos to “adamthetrekie” on firsties. All I have to say is ::YEAH!!!::

I can’t wait for this! I love Michael! Good luck from Italy.

Oh yes, I am so excited! I will definitely be watching during the summer. My mom has never heard of him (I said its because he hasn’t been in anything that films stateside), and I will have to show her this, I think she will like him. I am looking forward to seeing Michael in a non-science fiction movie or program (not that I minded seeing him on Stargate SG-1, Atlantis, the five minutes of Universe I watched when I was bored one night two years ago and I saw him while channel surfing, The Outer Limits, and Sanctuary). Yea,… Read more »

Looking forward to seeing Michael Shanks in a tv-show not run/aired by SyFail. The plot sounds alittle like “Awake”, in the sense that Shanks character is still “awake” while being in a coma.

SpaceGypsies » Blog Archive » ‘Saving Hope’ Will Save Our Summer

[…] official! NBC has picked up Michael Shanks’ new series, Saving Hope! According to Gateworld.net, NBC has ordered thirteen episodes. This sadly has become a standard for new series rather than a […]