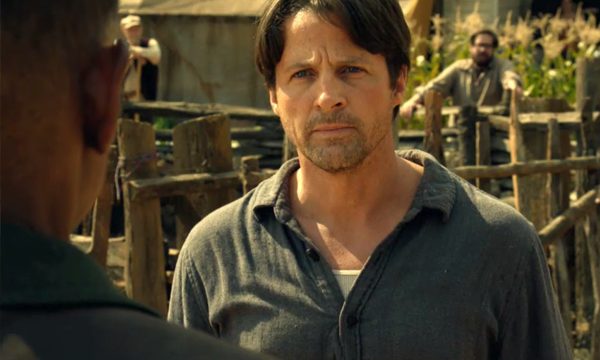 With today’s media upfront presentation of its fall schedule, NBC has released the first trailer for Revolution — the new post-apocalypse drama set in a world where all power has ceased.

Tim Guinee (Stargate SG-1‘s Tomin) co-stars and features heavily in the trailer — but beware of significant spoilers in the trailer and the show description below!

The series launches this fall and will air Mondays at 10/9c, enjoying the benefits of powerhouse The Voice as its lead-in.

Here is the network’s full description of the series from today’s press release:

Our entire way of life depends on electricity. So what would happen if it just stopped working? Well, one day, like a switch turned off, the world is suddenly thrust back into the dark ages. Planes fall from the sky, hospitals shut down, and communication is impossible. And without any modern technology, who can tell us why? Now, 15 years later, life is back to what it once was long before the industrial revolution: families living in quiet cul-de-sacs, and when the sun goes down lanterns and candles are lit. Life is slower and sweeter. Or is it? On the fringes of small farming communities, danger lurks. And a young woman’s life is dramatically changed when a local militia arrives and kills her father, who mysteriously — and unbeknownst to her — had something to do with the blackout. This brutal encounter sets her and two unlikely companions off on a daring coming-of-age journey to find answers about the past in the hopes of reclaiming the future.

What do you think? Is this going to be a “revolution” for the struggling peacock network? Will you be tuning in? 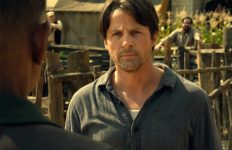 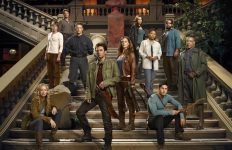 SG-1 movie would have revealed the Stargate→

With Favreau and Abrams this show might just be a winner. I wonder what the other networks will put opposite it.

This sounds awesome (as you would come to expect from the people involved) but unfortunately will get cancelled before it gets a back nine. The reason… It’s going up against Hawaii 5-0 and Castle, two established ratings heavyweights!

neat visuals. then i saw the acting of the younger people. no thanks.

Looks great! And it’s good to know Abrams saved the computer terminal from “The Hatch”. Probably figured it would come in handy.

Looks amazing, so not going to watch it as they will bin it off.

I’ll watch it because it’s a genre show. I can muddle through some bad acting. Sometimes it’s not bad acting, but choices. Olivia in Fringe took me at least the first half of the season to start to warm up to her. The unfortunate thing isn’t that, it’s money. It’ll get it’s first season, or maybe 13 episodes, whatever was ordered. It’ll be too expensive to sustain, and they’ll cancel it in favor of “Dancing With My Wife’s Neighbor’s Bosses Apprentice Survivor Duet Cat’s American Star”, because it’s cheap. Someone needs to kick TV in the … ‘ratings’, and find… Read more »

Reminds me a lot of Jericho.

It looks like it could be potentially interesting. Unfortunately the premise is shot full of holes more’n a spaghetti drainer. Electricity stops working — and so do combustion engines, for some reason. And yet… not the lights on the wings of airplanes. You lost me in the first twenty seconds. Suspension of disbelief fail. Seems to me like building a series on a shaky premise will only take you so far.

By the way, JJ, the United States was one country well before the introduction of electricity or mass communication. Asceticism does not imply anarchy.

The acting can’t be any worse than Terra Nova’s was.

I still say we need to talk to Amanda about a kickstarter to fund Sanctuary. Then Comcast can STFU about the cost.

cancel, after the first seaon…. they must cancel after first seaon, that’s what they do…

So Tim is gone the first episode? Huh…

I agree the wing lights are a fail, but of course combustion engines fail. They require an electric spark in order to work.

The first two clips looked pretty impressive. The last one was too… well, talky…

Still, as a new genre show, it looks good, and I’ll do my best to give it a chance.

This sounds really similar to Jeremiah but without the “Big Death”.

Mondays at 10 pm? Are they trying to kill the show right at the start? You can’t put a new show in the same time slot as Castle and Hawaii Five-0. It won’t even have a chance.

@dr_pants and @ethands
I agree it sounds like both shows , Jericho and Jeremiah. Both shows I liked by the way. They will last a season max I think. I really hope im wrong, Syfy shows can’t even stay on the Syfy channel these days. Though at least we have falling skies, thank christ!