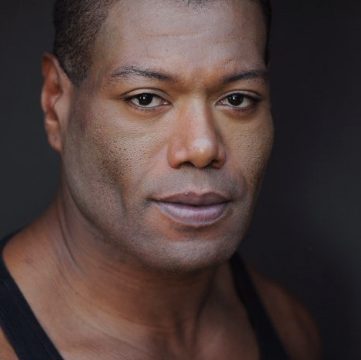 When The Dark Knight Rises opens in theaters nationwide tomorrow, it won’t be just fans of the comic book franchise and director Christopher Nolan’s previous Bat-centric films that will be waiting in long lines to see the final product.  Some of the actors in the film are anxious for that final cut, too — including Stargate SG-1‘s Christopher Judge.

Judge took the time to chat with GateWorld exclusively recently about the latest updates in his career, and while the entire cast is under a strict gag order about revealing character arc and plot points (Judge’s role in the film is still under wraps) until the movie officially opens, it was clearly evident how excited the man who played “Teal’c” for over a decade was about the final film in Nolan’s “Dark Knight” trilogy.

“I’m excited to see it!,” Judge said.  “Not that I ever saw a script before the change, but from what I’m told, what you’ll see of me is different than what was originally intended.  It’s basically the same part, but there was a size concern between Tom [Hardy, who plays the villainous ‘Bane’ in the film] and I.  He’s like five feet ten inches and I’m like six feet three inches.  And Bane is supposed to be this massive dude.  So it’s still the same part, but it’s not with Tom.  I was supposed to be in a lot of scenes with Tom.  But the change also gave me two more weeks of work on it, so it’s all good!”

Judge also noted one of the challenges in working for Nolan, whose films like Inception and Memento have earned the director kudos for both style and overall vision, in addition to critical and commercial success.

“The freedom was something I wasn’t used to,” Judge explained.  “Chris doesn’t necessarily elaborate on a lot of stuff.  You’d basically be told where you’d start, where you’d finish and what had to go on between ‘Action!’ and ‘Cut!’.  It made me understand why the audition process was so difficult.  He doesn’t want to micro-manage anybody.  He just wants to know that he can say something and that you can do it.  Once I got to the set, I completely understood why people had to come in so many times in the audition process.”

Judge also had words for his Stargate fans and specifically for GateWorld readers.

“I just want to thank you all, from the bottom of my heart, for all your support.  SG-1 was a heck of a ride, but to know that [GateWorld] and the people that read it continue to follow — not just me, but all of us — in what we do going forward, we’re just lucky to have that.  It’s a gift.”

Can’t wait to see it! Congratulations, Chris, on the role… you’ve earned it and deserve great things!

I have seen the film already. Unfortunately, it’s a very small role. If you blink, you may miss him.

Sci-Fi Congress: Christopher Judge reveals why he couldn’t work with Bane in TDKR

[…] how he explained it to Gateworld: “I’m excited to see it! Not that I ever saw a script before the change, but from what […]

still, whatever he can get, I’d suggest he do, who knows, maybe he’ll have a larger roll on another film by Nolan.

Can’t wait to see batman and I will keep a look out for chris too.

Just come back from my 9Am screening! :)
Chris Judge isn’t the only SG actor of note in the film.
And now this makes it all clear. Stargate and Batman all happen within a shared universe.
Great to see that the two franchises share a President :)

I saw him!! It wasn’t that short, it wasn’t that long either. I must admit, he looked a lot like Teal’c! :D It might have been short, but it was awesome! :D

Loved the film. It would have been so much better if the cinema screened it decently, rather than out of focus and too dark. How can I get Chris Judge to join my campaign to get cinemas to screen films properly?

I too noticed President Hayes :-)

This does kind of explains why I thought I saw Chris Judge in the background early in the film (and looked to be one of Bane’s main henchman) but then he didn’t show up in that one scene with Bane and Commissioner Gordon early.

Chris did get a sizeable scene at the end opposite both Joseph Gordon-Levitt and Batman.

That makes sense why they were like, “yeah we can’t have Teal’c seem tougher than Bane”. :)

He looked tough in that scene, but it went by too fast. More Chris Judge! More!

I just loved seeing him on screen, amazing.