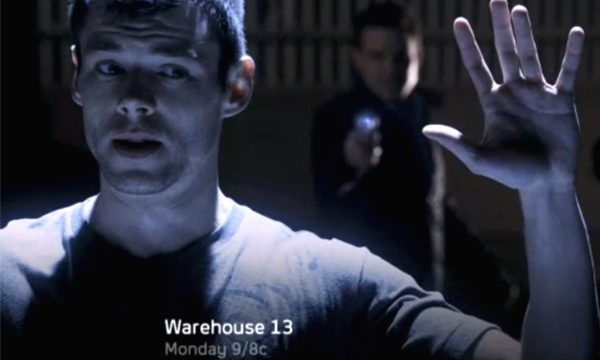 In “Personal Effects,” the Warehouse team must track down half a dozen artifacts from Sykes’ arsenal, including a powerful weather-control device.

Smith plays “Jesse,” according to a Syfy Press release. The character is “a small-time thief who accidentally comes into possession of a dangerous weather-controlling artifact after robbing a safe house belonging to the late Walter Sykes.”

Watch the teaser spot below! Warehouse 13 airs Mondays at 9/8c on Syfy Channel.

Wish they had not killed of SGU.And wish we would of gotten that SGA Movie.

Stargate might be taking a temporary dirt nap. However I don’t see that happening for long. As everyone has said. The Stargate universe is a very valuable property to keep it sidelined for a long time. It has a very rich universe, great characters, awesome technology and IMHO the best story lines in Science Fiction. Anyways MGM just authorized Stargate in game form. So that tells me they know what they have and they want to retest the waters with the new owners.

@Jim
By “game form” are you referring to the app? Or is there some big console game that I have yet to read about?

He did a great job last night. It was a good role to play and displayed his talents to better effect than I’ve seen before.

I could not stand him in that episode, he was a raving killer… a nutjob…

A raving killer? I don’t remember him killing anyone. Other than himself, of course. And he was doing all of that to save his brother’s life. I’d hardly call him crazy for that. Maybe overly determined (illegally so), but not crazy.