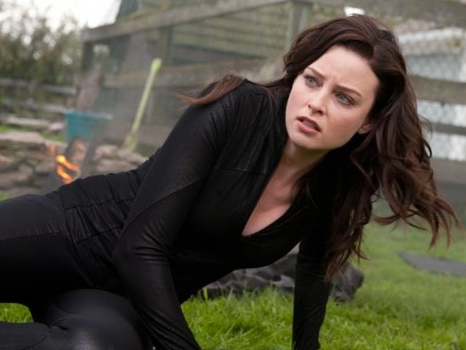 This weekend fans of the Canadian science fiction series Continuum celebrated the news that broadcaster Showcase will be bringing the series back for a second season … and is close to a deal with an unnamed broadcaster to bring the show to the U.S. (story).

It’s an obvious home for the drama, which drew record viewership to the Canadian channel over its 10-episode run this spring. Syfy also airs Showcase’s fantasy series Lost Girl in the States.

Syfy U.K. has already picked up Continuum, according to Deadline.

Continuum tells the story of a cop from the future (Rachel Nichols) who is sent back in time, where she must stop a group of fanatical terrorists from changing the future as she knows it. With the show set in and filmed in Vancouver several familiar Stargate faces appear, including Tony Amendola (“Bra’tac”), Jennifer Spence (“Lisa Park”), and Lexa Doig (“Carolyn Lam”).

If the U.S. network treats the series like it did Lost Girl this year, expect the first two seasons to air in rapid succession in 2013, in order to catch up.

Season Two of Continuum is expected to premiere next spring in Canada, with a boosted order of 13 episodes.

(Thanks to Michael for the tip!) 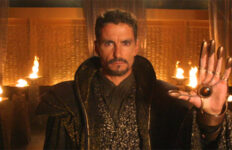 And now… the demise of Continuum is inevitable.

morgan, Continuum’s continued broadcast does not depend on Syfy, it’s up to Showcase. Syfy merely airs it in the US. If the show doesn’t work for them, they can choose to stop airing it, but that wouldn’t stop Showcase from still making more seasons. As long as it’s a hit for them, the show will keep going, even if Syfy stops airing it.

I’ve been enjoying the series and I’m really looking forward to a season 2. Although, I’m worried. I thought SyFy no longer did Sci-Fi… ;P

I’m with @morganrose93, and @Kirisu. Shame it has to be SyFy. They never give SciFi the respect or the support it deserves. Thanks to @MichaelSacal for pointing out that Continuum’s continued production is not dependent of SyFy. Thank God for that! I’ll watch it for a few episodes. If I like it, I’ll pick up a copy of Season 1. I wish them well.

I would disagree slightly.

Imagine that the show does well initially on Syfy. The budget gets increased for the show to produce a higher quality show with more effects and to give the actors/actresses a raise. Then, Syfy decides that the price tag is too high. So, Syfy cancels its order for the next season and now Showcase has a show that it cannot support on its own. Thus ends another good sci-fi show because of the Syfy channel.

the premise sounds like the early 90’s show Time Trax

I life down here in Florida and I will be honest. I love the show. I find it ingenious, smart and well written. And I feel it parallels today and what we may become if companies keep calling the shots behind the scenes. I am VERY happy that SyFy can’t decide to kill the show. There decision making abilities don’t impress me at all after killing both SGU, Eureka and Sanctuary.

I have watched all the episodes this year, it would be a a shame if this show were to air on SyFy, isn’t that a Wresting channel anyways? USA Network or Even TNT would give this show the class it deserves!!

I have watched all the episodes on the internet this year, it would be a shame if this show were to air on SyFy, isn’t that a Wresting channel anyways? USA Network or even TNT would give this show the class it deserves!!

just finished watching them all, rather good, enjoyed the series, hope its delves more into the sci-fi elements and the development of technologies

It doesn’t deserve to be on SyFy! it should be on TNT or something!

Very decent show. It’s not as good as SG-1 or SGA, but it’s one of the better Sci-Fi theme show currently running.

Rachel Nichols is completely beautiful, and it’s a great sci-fi show, much better than Terra Nova, to pick another recent time travel themed show. Jennifer Spence is indeed in Continuum, but she’s even more of a second row character than SGU.

My DVR records Warehouse 13 and I watch it without commercials. Since the cancellation of SGU, I’ve made every effort not to manually tune to the SyFy channel, hoping to avoid the slightest chance that I might support it by viewing a commercial. I watched Eureka and Sanctuary the same way. I was at the 2006 Chicago Stargate Convention when the news broke that SG1 had been cancelled by SyFy; being a very optimistic person, I was certain the group in Vancouver would figure out a way to move it to another channel and very disappointed when I learned why… Read more »

I find myself a wee bit embarrassed at the comment I posted on 13 September as it lacks any reference to the Canadian series, Continuum, the subject for discussion. I meant to include in my original post that Continuum sounds interesting. However, I won’t even consider watching it on the SyFy channel after their cancellation of Stargate and Sanctuary. It seems that most of our American networks could take lessons from British telly; they don’t have the history of canceling popular shows. Just one example is Midsomer Murders; now in it’s 15th series (season), even after a major character (including… Read more »

Very much enjoyed the first season of this show, and looking forward to the next. I agree that American networks have a habit of cancelling shows before they can gain a following, or even with good numbers. But I don’t agree that this is only an issue with American Networks, the BBC recently cancelled The Fades, which won the BAFTA for best drama series and had good numbers, just not the age group they were looking for.