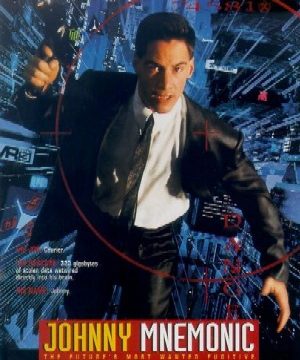 A Johnny Mnemonic television series is in the works, with some Stargate writing talent attached.

That’s the announcement today from Seven Arts Entertainment, an independent production company that will produce and distribute the series as a joint venture with Prodigy Pictures.  Prodigy is the studio behind Lost Girl, which airs on Syfy Channel in the U.S.

Johnny Mnemonic is based on the 1995 movie starring Keanu Reeves and Dolph Lundgren, adapted from a short story by sci-fi author William Gibson (who also wrote the film’s screenplay).  Set in a dystopic future, the story follows a “data courier” with a cybernetic brain implant, who must deliver a package that is too big for his head to contain — before it kills him.

It’s one of three new TV and mini-series to be produced by the joint venture.  Also on the list are Storyville, a period piece set in New Orleans during the rise of jazz (and legal prostitution); and Romeo Spy, a mini-series based on the true story of a a British police officer who was recruited by the KGB.

The studio did not name the former Stargate writers currently attached to Johnny Mnemonic.

“We are delighted to expand our relationship with Prodigy Pictures, which has had stellar successes in television and mini-series production,” Seven Arts’ CEO Peter Hoffman said. “Jay [Firestone, Prodigy Pictures] has been prominent in the area of international television production for over 20 years with a wide array of important relationships. Jay shares our enthusiasm for all three projects. He has already attached well-known television writers who were part of the successful Stargate series to Johnny Mnemonic.”

We’ll keep our eyes on this story and bring you more as it develops!

Amanda Tapping Livestream Interview and AMA Coming In May→ 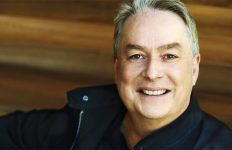 This MIGHT be Mallozzi and Mullie, JM mentioned it on his blog last night (didn’t come right out and say it was them though).

why they just cant bring stargate back? really what is so hard! i would like to see original sg1 team in action once again!… maybe some day the conclusion?

Whats the point?, in 1995 it was cool and futuristic, this day and age anyone can easily transfer any amount of data anywhere in the world, the idea of a “data courier” is ludicrous.

also, I agree with the poster before me, bring Stargate back already…

[…] to GateWorld.net, the Johnny Mnemonic TV series is currently being developed by Seven Arts Entertainment and Prodigy […]

I give this show about half a season before it’s canceled. I can’t imagine many people would have interest in a project like this. It’s a waste of the Stargate writers’ talent.

A Johnny Mnemonic TV series? That sounds ridiculous. I like the idea of the other posters said of bringing back Stargate but only as long as it IS NOT Universe. I don’t need more Stargate: 90210. Something NEW that is actually centered on the sci-fi, team, adventure and Stargate mythology(referring to, adding to and NOT contradicting) of SG-1 and Atlantis.

This was one of the worst movies ever made, why make it into a series?
Bring back SG1 and SGA!

There was also a FVM cdrom game for this windows 3.1 / quick time as well mac?

Isaac Hayes was in it.

Yes. Old stories, sucked from the finger. Is it all that bad with their imagination? Yes! give us back SGU, SGA and SG1!!!

I so want this. I Remember when the amount of storage space in his head was a huge number…. Now it seems rather tiny almost 20 years later. 80gb then he risk his life to upgrade to 160gb.

90s cyberpunk needs to come back ti’s amazing the cheese needs to stay.