GateWorld: Between Star Trek and Stargate and all the different genre films that you’ve done, do you see yourself gravitating towards it more? Or is it something you get offered more frequently? I’ve loved the more contemporary projects you’ve done.

Robert Picardo: You know, I really love doing everything. I know that sounds like a cop-out answer. But it’s certainly fun to keep my profile in genre.

I have two low-budget features that will come out in the next year that both have a science fiction element. One is a family drama called The Legends of Nethiah, which has now sold to video and will probably sell to cable TV as well. It’s kind of a dramatic version of The Princess Bride. I play a grandfather who’s telling his ten year old grandson a story that happens to be a science fiction story as opposed to a fantasy story as it is in The Princess Bride. And I’m … I’m basically telling the story to give him a life lesson so that he’ll get along better at school because he’s going through just a difficult phase of his childhood with his parents divorcing and some of the fallout and emotions that come with that.

But the story I tell him is science fiction, so it goes from this contemporary grandfather talking to his grandson … sort of that homey, nice family environment to the world of this mythical hero Nethiah who grows up and basically saves and frees his own people that are sort of enslaved in some sort of futuristic warrior setting. Very cool. The sub-plot stuff is really cool. 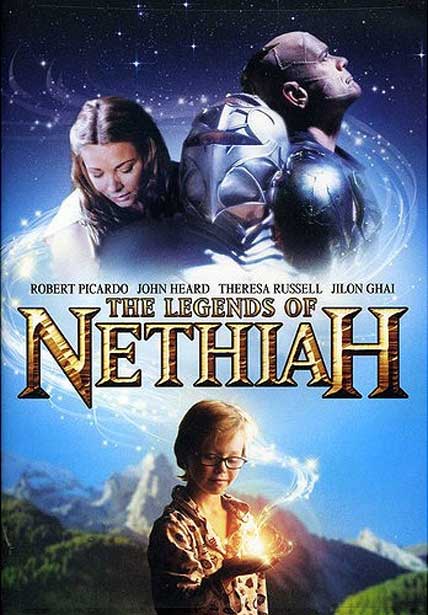 One of Picardo’s latest projects includes The Legends of Nethiah, available now!

And what’s fun for me is I play a character in both realities. I’m the grandfather in the A story, but in the science fiction story I play the old warrior with the shaved head and scars all over myself. And I think my jaw is wired shut. I’ve been silenced by my oppressors, though I speak telepathically. It’s great. You don’t have to memorize any lines. [laughter]

RP: All you have to do is think very meaningfully and then the voice-over tells what I’m thinking.

And then the other sci-fi based feature is a comedy called Rock Jocks, which had its premiere screening at DragonCon last year and hits DVD this summer. That had a wonderful indie cast with a lot of very famous names.

And I’m in another feature called Infiltrators, which is sort of a low-budget The Da Vinci Code. I play a minister who is searching for stolen religious relics. So it’s a thriller, but it’s got all these priests who are throwing punches and pistol whipping people. It’s kind of cool. I had a lot of fun shooting that in Texas. Although the weather was brutal. It was very hot that summer.

GW: I was pleasantly surprised to see you pop up on the Adult Swim series NTSF:SD:SUV.

GW: Did Kate have a hand in that?

RP: Oh, of course. Yeah. Kate’s been loading the deck with a lot of her sci-fi friends. [John] deLancie’s been on it, too.

GW: Are you a fan of that type of satirical comedy?

RP: Oh, yeah! It was great. I had a great time and the show is hilarious. Paul [Scheer] is wonderful – the lead. It was a lot of fun to do. And Kate is just brilliant. She’s so committed playing a lunatic character that she’s just a scream, in my opinion.

What’s really been fun is the fact that I’ve gotten to have a couple of onscreen reunions with old co-stars as of late. I guest-starred on Body of Proof with both Dana Delany and Jeri Ryan, two of my former leading ladies. Unfortunately, I didn’t have any scenes with Jeri. I just saw her, you know, around the set and at the table read. But Dana … I had some really great scenes with. And Dana and I hadn’t acted together since China Beach. So it was really, really wonderful to look into those eyes across the table again. Very … you know, it was just a great sort of “circle of life” experience.

What else have I done recently? I guest starred on The Mentalist and Harry’s Law. And I did an episode of a kind of sexy show on Cinemax called Femme Fatales. Although, I kept all my clothes on. Believe me, they really weren’t begging for me to take them off. [laughter]

So it’s been … it’s been an eclectic, busy time. It’s been good. I even did a musical last fall. I did a lead in Cabaret playing Herr Schultz for Broadway’s Best – which is Jason Alexander’s [theater troupe] company. He’s the artistic director.

GW: Like I said at the beginning, you’ve got to be one of the hardest working actors out there right now. Because in addition to all of that, I know of a couple other projects that you’ve got coming up. Anything you can say about Mansion of Blood with Gary Busey or Atlas Shrugged Part II?

RP: Mansion of Blood with Gary Busey is a horror movie. And Gary and I never really had any scenes together, but he’s in the cast. It’s a bit crazy. I haven’t seen any footage from that. But that was a fun project to do. And with Atlas, that actually went out theatrically in October, and it’s now out to buy for home video.

It’s got a whole new cast. There is only one or two actors that returned from Part One of the same movie. I even … another character … another actor played my part in the first one.

I play Richard Stadler, who is the brilliant government physicist who’s sort of been co-opted by the government. It’s thought to perhaps have been based on Robert Oppenheimer, the developer of the nuclear bomb. And it had a wonderful director, John Putch, who I enjoy working with very much. And, of course, it was great to work with Samantha Mathis, who is one of the loveliest leading ladies you will ever meet.

GW: You’ve also become a bit more active doing some audio voice-work and musical productions which, from the parts I’ve had the chance to hear, are phenomenal. Tell us a bit about those. 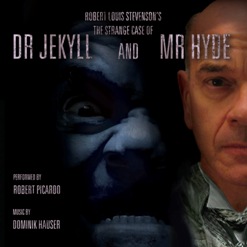 Picardo’s latest audio project sees him go dark as he channels one of Robert Louis Stevenson’s most enduring literary works.

RP: Well, I developed a relationship with a company called BSX Records last Fall when I recorded Scrooge, which is the classic musical score for the film that Albert Finney starred in back in 1970. And the score has never come out on CD because of a legal dispute. The music is so popular that this company said, “We want to do a new score because we can get the rights to do that, just not release the original.” And they picked me to play the Albert Finney part, the title character. And I had a blast doing it. It turned out very well. I’m proud of it. And it’s available both at BSX Records’ Web site and on iTunes and Amazon. [Click here for a short sample via Youtube]

And from the seeds of that, I just did my first audiobook for them. It’s a new version of The Strange Case of Dr. Jekyll and Mr. Hyde, which is one of my favorite, favorite childhood books. It is one of the great horror novellas of all time. And I do it sort of like a radio player. I really perform the book full out with all different voices for the different characters. A wonderful original score written by Dominic Houser accompanies the book. So it’s very atmospheric. It’s really like listening to an old radio play. And that’s also out now through the same methods as I mentioned before.

The fans … I did a little bit on stage at the last two conventions and the fans have responded incredibly well and are snapping up the discs – the copies of the discs that I have on hand when I come to events. So I recommend that, especially if you have a drive and you’re in your car and you like to listen to something that’ll make the time go by.

GW: I always hate with audiobooks where the person that does the reading just doesn’t put any feeling or heart into it.

RP: Oh, well, I make up for all of those, I have to tell you. I not only act, I chew the scenery. I’ll be chewing your dashboard if you play this in your car. So if you have a nice walnut finish you may want to pass. [laughter]

GW: Any message for fans, not just of Stargate and Star Trek, but your entire body of work?

RP: I appreciate your loyalty. That’s my message. It’s wonderful to be a science fiction actor because once your audience embraces you, they kind of follow you. And, as I get older, and realize what a gift that is as a performer I just want to say thanks to all of you. From all the genre films I’ve done, to those that became my fans from my time on both Star Trek and Stargate, and even to those that read this on GateWorld….thank you. I am very humbled…and appreciative.

Stargate Ethics: Crossing The Line In ‘The Other Side’→

Now all Mr. Picardo needs to do is get a part in one of the Star Wars movies and he will have every major sci-fi franchise covered.

nice interview of a nice guy. :)

A class act that Mr. Picardo.

I don’t leave comments very often but can I just say that after witnessing JJ have another movement on the big big Imax screen this past week, I had to go and do a Stargate marathon to remind myself what good sci-fi enterainment is supposed to be.

Picard is always great and like the others I to miss SGU.

Robert Picardo is a great actor, singer, and all-around nice guy. He takes his profession seriously and has fun at the same time. And, most importantly, he’s from Philadelphia, my hometown! So what’s not to like? :-)

I agree with those above, this entire interview shows what a class-act Robert Picardo is. Have always enjoyed his roles as The Doctor and Woolsey since ’95!

Keep it up sir!

I just adore Robert Picardo; I’ve followed him since Voyager and I think that his development as the Woolsey characted in the Stargate universe has been awesome! I am as sad as everyone else we only got to see Woolsey command Atlantis for one year, but it was a great year, and RP is a class act and such a wonderful addition to the SG family…I’ve lurked Gateworld for 13 years(-ish), and I took the time to create a log in just to post a comment on this interview. Thanks for bringing this to us:)

Thanks so much, KW! Glad that this interview finally drew you out of lurkerdom. Thanks for posting.

As I was prepping this interview I was regretting the fact that we only had Woolsey in charge of Atlantis for one season, and wondering what a second or third year of his command might have looked like.

His evolution was the largest metamorphosis of a character that I’ve seen in a series. There was still a lot of room left in his development. He might be the most entertaining character dreamed up in the entire franchise. He had the ability to provide a serious foil to the other players or even to provide a comic foil with the character’s eccentricities. It’s no wonder that he enjoyed this gig.

He is a really great actor.