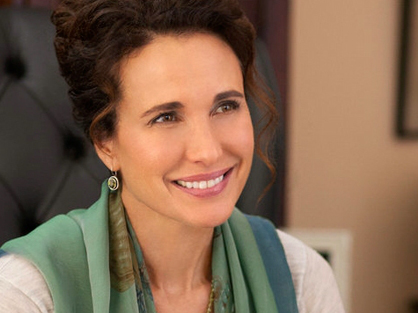 Hallmark Channel has given its first original drama series Debbie Macomber’s Cedar Cove the go-ahead for a second season.

Cast members Andie MacDowell, Dylan Neal, Teryl Rothery, Bruce Boxleitner, and Barbara Niven will all return for the second season, which will begin shooting next year for a late 2014 broadcast.

Cedar Cove premiered in July to 3.8 million viewers and a 2.4 household rating, and Hallmark boasts that since then it has been the number one cable television network for the Saturday 8 to 9 p.m. hour.

Rothery, of course, played Dr. Janet Fraiser on Stargate SG-1. Neal also has a Stargate credit on his resume: he played John Sheppard’s estranged brother, Dave, in the Stargate Atlantis episode “The Outcast.”

Boxleitner’s sci-fi claim to fame is his role of John Sheridan on Babylon 5.

Based on the novel series by Debbie Macomber, Cedar Cove follows a small-town judge (MacDowell) and her efforts to manage her work and relationships. Rothery plays the lead character’s best friend, Grace Sherman.

The series films in Vancouver. Stargate‘s Martin Wood, Peter DeLuise, and Andy Mikita also serve as directors on the show, while Carl Binder is a writer and executive producer. 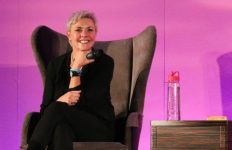 Andie MacDowell’s in it? Sorry, that’s a deal-breaker for me–she’s absolutely horrid as an actor.

And don’t forget to watch Teryl on Arrow where she portrays defense attorney for Moira Queen.