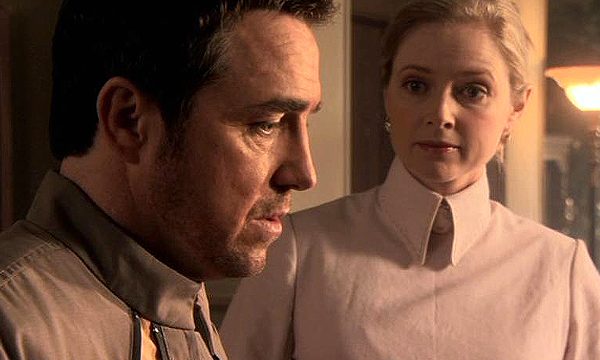 The Atlantis team discovers the planet Hoff, a world whose people are on the brink of a discovery that may make them immune to the Wraith feeding. But, as Dr. Beckett soon discovers, the price may be too high to pay.

“Poisoning the Well” on GateWorld:

Each week at GateWorld we’re highlighting a favorite episode from Stargate’s 17 seasons. Watch the episode with us this week and join in the fun!

I haven’t watched this episode in years. Favourite scene/s was Shepherd and Steve

By far the best Carson Beckett episode, and one of the best episodes of Atlantis too.

I saw this episode before the pilot, as it was supplied as a free extra episode with the first DVD of SG1’s eighth season in the UK.

A good story which as noted above had repercussions though the series, great guest actors in Alison Hossack and Alan Scarfe, and an excellent vehicle for Paul McGillion to show us what he can do and who Beckett is.
– One to show friends or family who have not seen SGate before.

It was good to see this episode again. I haven’t seen it in a long time. I found it a good episode also because of the tone. As you go further in SGA episodes, you’ll get to see how what the Hoffans did had a lasting effect on the Pegasus Galaxy. The people of Hoff were bound and determined to win, no matter the cost. In the end, it destroyed them but, they have a lasting legacy….chaos.

This was a great episode. I loved when Perna wouldn’t even shake Rodney’s hand when he introduced himself. This Ep also set Becket up as a ladies man which caused him to eventually get a kiss from Rodney in season 2’s Duet lol