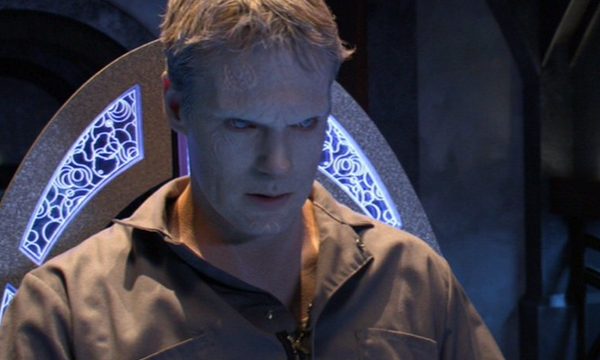 When SG-1 discovers that Daniel Jackson has been turned into a Prior of the Ori, they must determine whether or not his plan to destroy the Ori is genuine.

“The Shroud” on GateWorld:

Rewatch “The Shroud” this week! Then post your comments below, or head over to the “The Shroud” discussion thread and see what people were saying back in the day. What are your favorite moments?

Top episode.
I quite liked that Daniel was not turned and his only problem was convincing the rest of his team that he is in control.

A lynch pin episode of the ori arc, leading to the Ori Ark! The Shroud does seem a bit heavy on exposition in places but the drama and tension more than make up for that and everyone’s performances are top notch. I particularly like the fact that O’Neill’s presence supports Landry’s and reminds that things have changed within the SGC and the Stargate programme over the last few years within the series. O’Neill calling the Daedalus through the Supergate reflects this too, a reminder that Atlantis in helping to block the Supergate, protected the Milky Way from the Ori. Finally… Read more »

I really enjoyed this episode. I liked the fact that Daniel was able to knock Adria on her ass for once. Lol. What I didn’t like was how anti-clamatic the ending was. The had this massive build up with the weapon and all we get was the ship going through the supergate.