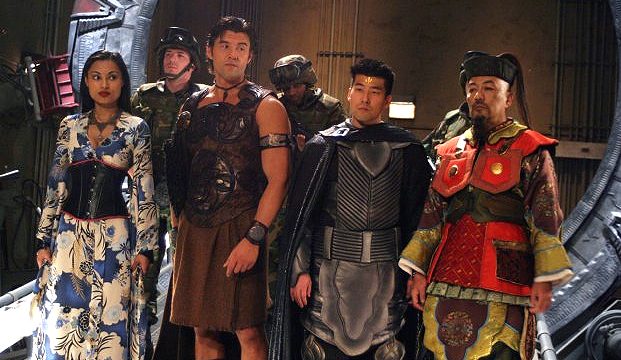 Carter and Teal’c go in search of the Asgard to try and save Colonel O’Neill, but discover that the Asgard’s enemy has returned with a vengeance. The System Lords seek an alliance with Earth against a common enemy.

Rewatch “New Order” (Parts 1 and 2) this week! Then post your comments below, or head over to the “New Order” discussion threads and see what people were saying back in the day. What are your favorite moments?

Ahh, man. I think this week and the next might be my favorite two weeks as part of the fandom. SG-1’s splashy eighth-season premiere followed by Atlantis’ terrific series premiere. What a rush. What a time to be a fan.

Makes me want to dig up my now-ancient posts on the forum and see how giddy I was. I was 16, so I’m sure the answer is “very.”