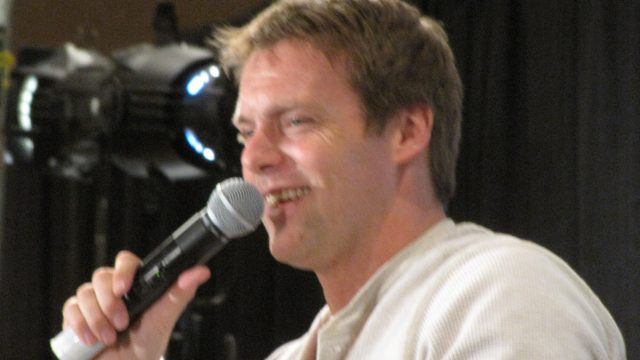 EDITOR’S NOTE:  The deadline has passed to enter and the forum thread has now closed.  If you entered, watch your inbox in the forum for the potential message that you have won.  Once messaged, the winner has 48 hours to claim their prize.  If the winner does not claim the prize during that time, another winner will be selected.

The 2014 event was dubbed “The Final Journey”.  But after an outpouring of support from fans and attendees, Creation Entertainment listened and this year’s convention was announced.  Will 2015 be the final year of Stargate for the convention company?  It is possible, and it makes this convention all the more important (and bittersweet) to be at.  Now entering its twelfth consecutive year, Creation Entertainment‘s Official Stargate Convention will visit the Chicago area in mid-August.  Taking place at the Westin O’Hare, the event will run from August 14 to Ausust 16, and promises a very full three days of Stargate celebrities and fun

Allowing for the possibility that this year’s event could be the final convention Creation Entertainment puts together, a mix of guests from the casts of all three live-action Stargate series have been assembled.  As of this writing, a whopping 15 guests are scheduled to appear.  Thus far, they include:

With this event potentially being the final one Creation Entertainment puts together, ticket demand has been high and the highest level “Gold” passes have sold out completely.  However, through the generosity of Creation, GateWorld has snagged and is giving away a pair of Gold Weekend Passes to the event.

These two Gold Weekend Passes are valued at approximately $840, and will provide the winner and their guest with:

GateWorld’s editorial staff will be there — would you like to be there, too?  Then simply head over to the contest thread in the  and answer this question: “What is your favorite Stargate alien race, and why?”  Register first if you’re not a member

of the forum yet. It’s quick, and it’s free! (Remember that if you already have a GateWorld account for commenting here on news stories, you still need a separate account on GateWorld Forum to post over there.)

We’ll randomly choose a winner in just seven days, on Sunday, June 14, 2015 — and they will be notified via the forum.  You must be 18 years or older to enter, and only one entry per person, please.  Duplicate entries will result in disqualification.

IMPORTANT:  This contest provides the winner and guest with tickets to the convention only.  The winner and guest are responsible for all other issues involving con attendance.  Airfare (or other travel expenses), hotel accommodations and other incidentals are not included.

Good luck to all who enter!   And a big thank-you to Creation Entertainment

for their continued support of GateWorld!