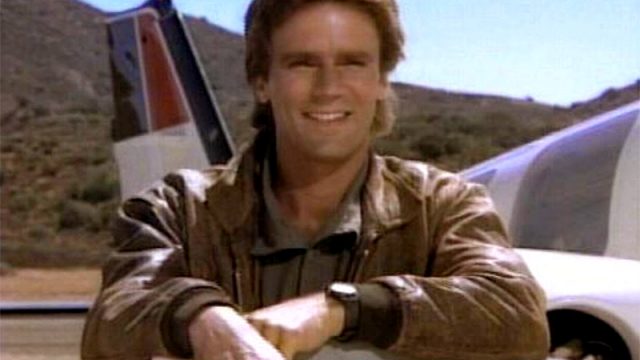 CBS is returning to the Phoenix Foundation, with plans now in the works for a new MacGyver television series.

The team behind the reimagining includes Furious 7 director James Wan, Henry Winkler (who executive produced the original series), and NCIS: Los Angeles executive producer R. Scott Gemmill. It will feature a 20-something Angus MacGyver who is recruited by the clandestine Phoenix Foundation to help prevent disasters with his unique problem-solving skills.

The series comes from CBS TV Studios, with Gemmill writing.

The original show aired on ABC from 1985 to 1992, and made former General Hospital actor Richard Dean Anderson a household name. He would go on to a pair of MacGyver TV movies before starring in the short-lived UPN adventure Legend, finally landing the role of Colonel Jack O’Neill on Stargate SG-1 in 1997.

In 2009 he made two appearances as MacGyver in the Saturday Night Live spoof MacGruber, starring Will Forte. He also reprised the character for a high-profile Mercedes Benz campaign in 2012.

There is no word at this early stage if Anderson, now 65, will be involved with the CBS project. But he has hinted recently that, with daughter Wylie (now age 17) heading off to college soon, he may be looking to work more.

“The time is coming where I’m going to send her off out of the nest and let her go to school and basically start her new life without me,” he told Australia’s Associated Press last month. “After that time, I think I’ll feel a lot more comfortable about taking on a job that might take me out of the country, or have me inundated with work for long periods of time.”

Anderson did suggest in that interview (which took place before CBS’s announcement, it should be noted) that he may not be up for returning to MacGyver — worrying about the character’s relevance in a world where advanced technology is in every person’s pocket.

“Part of the reason I’m not interested in starting it up again is that there is so much technology today that every human being on the face of this side of the planet anyway has got a cell phone,” he said. Anderson added that the character would have to be updated to his present-day image: “If I’m going to play MacGyver, you have to play up the facts that are obvious: he’s older, he’s got greying hair, he’s overweight by 20 pounds … and also slower and maybe a little more clumsy. These are all things I want to put into the MacGyver of today because time marches on. Not only that but as an actor, that would be fun to play.”

Of course, with a younger actor to be cast as the new Angus MacGyver, producers of the new show could lure Anderson to the project in another role. That strategy has worked well for series such as The Flash, where 1990s star John Wesley Shipp plays the hero’s father.

The WB tried a Young MacGyver reboot back in 2003, with Jared Padalecki playing Angus MacGyver’s nephew in the lead role. (He would go on to co-star in Supernatural, now entering its eleventh season.) Wan has also tried to get a young MacGyver feature film off the ground in the past.

Keep your browser locked on GateWorld for further developments!

SWEET! It was MacGyver that made me a fan of Rick. It has been a while since I have seen him in any show. The last time I saw him on TV was Don’t Trust the B—- in Apartment 23.

I would be nice to see him back on the show that made his career.

So if the new show brought Richard Dean Anderson back in, would he play the updated Pete Thornton, or an update on one of the recurring characters like Murdoc or Jack?

He could always just reprise his role like he did a few years ago, he’s still got it in him IMO:-

The fact that RDA is looking to get back to work with his daughter going to college and not wanting to do McGyver might be great news for Stargate. Maybe SyFy will do a new Stargate show with him involved.