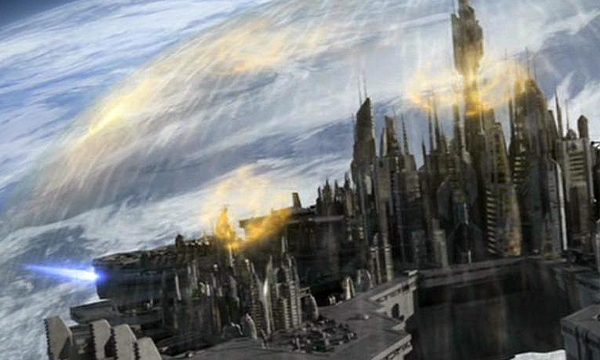 The team learns that a rogue Wraith has acquired several Z.P.M.s to power a formidable new hive ship — and he is headed for Earth.

“Enemy At the Gate” Facts:

“Enemy At the Gate” on GateWorld:

Download “Enemy At the Gate” now from Amazon or iTunes!

Rewatch “Enemy At the Gate” this week! Then post your comments below, or head over to the episode discussion forum and see what people were saying back in the day. What are your favorite moments?