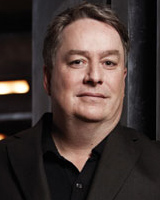 Stargate‘s own Brad Wright is officially back in the genre TV business.

Netflix has picked up Travelers, a new time-travel drama created by Wright and starring Eric McCormack (Will & Grace). The show begins production today in Vancouver.

The story follows a team of FBI agents from centuries into our future, who have the capability of sending their conscious minds back in time to the twenty-first century — in hopes of averting a terrible future for humanity. (Think a little bit of Quantum Leap, Continuum, and 12 Monkeys.)

The cast also includes a number of Stargate alumni, including Patrick Gilmore (“Dale Volker”) and Ian Tracey (who appeared in “Prometheus,” but is better known to genre fans as Jason in Continuum). Also on board are MacKenzie Porter, Jared Abrahamson, J. Alex Brinson, Nesta Cooper, Reilly Dolman, Arnold Pinnock, and Dylan Playfair.

… These ‘travelers’ assume the lives of seemingly random people, while secretly working as teams to perform missions in order to save humanity from a terrible future. These travelers are: FBI Special Agent Grant MacLaren (McCormack), the team’s leader; Marcy (Porter), a young, intellectually disabled woman in the care of her social worker, David (Gilmore); Trevor (Abrahamson), a high school quarterback; Carly (Cooper), a single mom in an abusive relationship; and Philip (Dolman), a heroin-addicted college student.

Armed only with their knowledge of history and an archive of social media profiles, the travelers discover that 21st century lives and relationships are as much a challenge as their high-stakes missions. 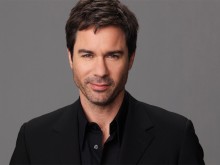 Several members of the Stargate family will also be a part of the new series behind the camera, with Amanda Tapping, Martin Wood, and Will Waring on the first season’s list of directors. The pilot episode is being helmed by Nick Hurran (Sherlock).

“My old friend Brad Wright has created a fantastic, complex story with some very rich and complicated characters, and I’m awfully happy to be one of them,” McCormack said.

“We’re excited to work with this amazing cast led by Eric McCormack,” Wright said. “It’s all a dream come true for a Scarborough boy like me.”

Travelers is a co-production with the Showcase network, which will air the show in Canada. Netflix will carry it everywhere the service is available outside of Canada. (What’s not yet clear is whether this means the online streaming service will have to break its pattern of dropping a full season all at once, and release Travelers in a weekly format to avoid preempting the Canadian broadcaster.)

(Thanks to Adam for the tip!)

This is going to be good

Wish they would greenlight or make “Parallels” into the series it was hoping to be.

What Netflix might do is actually wait until the show finishes airing before streaming the show on Netflix Canada. This makes much more sense for the associated network, and is more in line with their usual methods.

I’m beyond excited for Brad Wright making a new series, but to be honest the premise… doesn’t sound appealing to me. It sounds like well-traveled ground, with a slight spin that wouldn’t really make it worth a shot if it weren’t for Brad Wright’s involvement.