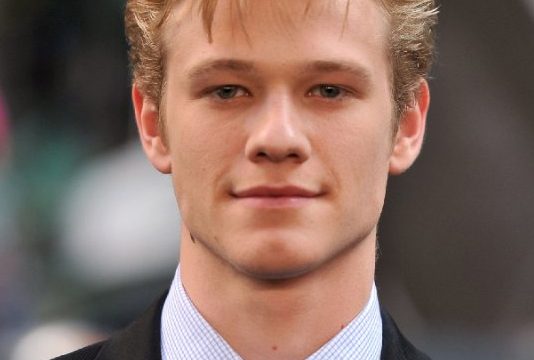 Actor Lucas Till, 25, will play a young version of Angus MacGyver in the reboot, in which an ingenuitive young man creates a clandestine organization where he uses his knack for solving problems in unconventional ways to help prevent disasters from happening.

George Eads (CSI) co-stars, though CBS will reportedly recast the rest of the show following the pilot.

Till’s film credits include 2014’s Wolves (which also co-starred Stargate Atlantis‘s Jason Momoa), and all three of the recent X-Men films — First Class, Days of Future Past, and Apocalypse — in which he plays Havok, a.k.a. Alex Summers.

The project has been in the works for some time at CBS Television Studios, including numerous changes behind the scenes. The final pilot script was written by Paul Downs Colaizzo and Brett Mahoney, and David Von Ancken (Salem) wound up replacing original director James Wan (Saw).

There’s no word yet on any participation in the series from Anderson, though original series executive producer Henry Winkler is on board alongside Wan and his production partner Michael Clear, plus Peter Lenkov (Hawaii Five-O) and original MacGyver creator Lee Zlotoff. Winkler (Happy Days, Arrested Development) also served as producer for MacGyver‘s two TV movies and 2003’s revival attempt Young MacGyver, which would have starred Supernatural‘s Jared Padalecki.

CBS has not yet announced when it will schedule the new show, including whether it will bow as part of the fall schedule or at mid-season early next year.

So IMDB has a summary that says, “Joe McLeo is a man living with his deformed wife, in a dump. Using parts of junk, he creates a robot to help save the world from an alien invasion.”

What is that about? Is this show going to be MacGyver meets Stargate, or something?

Are there no original ideas anymore, or are producers just lazy???

I don’t think so. He will not be able to pull off the part. Besides, no matter who plays MacGyver it will never be as good as the original. Hollywood no longer has any original ideas so they keep going back and trying to redo what does not need to be redone!!

I think will be good to check out.

Also it’s not Hollywood but the original show creator Lee David Zlotoff is behind it as well as original producer Henry Winkler.