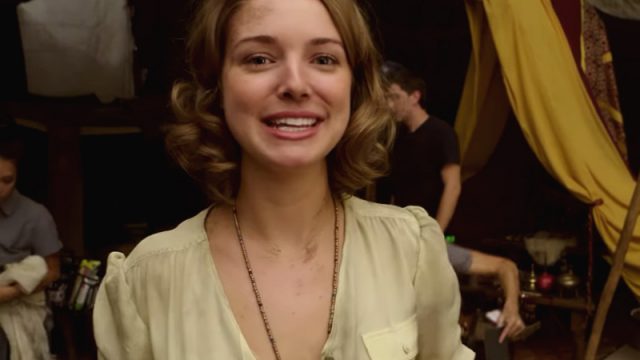 Cameras are rolling on Stargate Origins, the 10-part digital series that will take fans back the beginning of the story of an ancient portal that can take you a million years from Earth.

Today MGM released the first behind-the-scenes video for the show, which will debut in late 2017 or early 2018 exclusively at StargateCommand.co. Check it out below.

Stargate Origins commenced principal photography on October 14, and will shoot for 21 days.

The two and a half-minute video showcases some of the new show’s key locations, including a massive warehouse that is home to the Stargate — and to the Langfords themselves, a father-daughter research duo working to unlock the secrets of the device unburied in Egypt more than a decade earlier.

What do you think of the look of Stargate Origins so far?

Ten years later? It’s just one year before the Achilles event. There is hope!