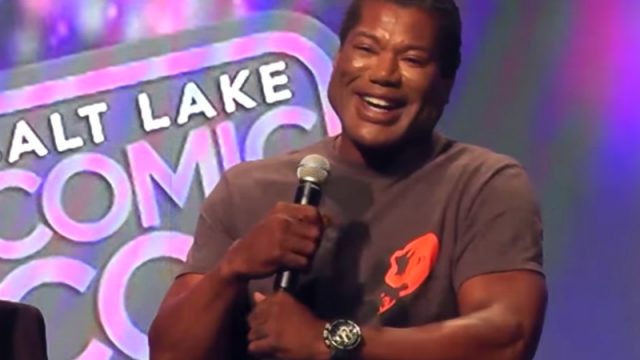 Stargate SG-1‘s final two seasons showed us a look at the first growing pains of the Jaffa_Nation, formed after the defeat of the Goa’uld. But did you ever wonder what happened to this fragile coalition after the show ended?

Speaking to a crowd at Salt Lake Comic Con this past September, Judge said that he plans to pitch the idea as a potential new series — perhaps one in the vein of the mid-form digital series Stargate Origins.

“I’m actually going in with my partner and we’re going to be pitching a variety of things. But one of the things is tentatively titled, right now, ‘Return of the Jaffa.’ And that will actually deal with what happened to Teal’c and the Jaffa Nation after they’ve achieved their freedom.”

While we heard rumblings about the actor’s comments last fall, the video of his appearance shows just how serious he is about the project. Judge said that the folks at MGM are enthusiastic about reviving the Stargate franchise. 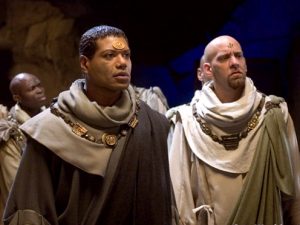 “Depending on your reaction to it, that could reopen the entire Stargate franchise,” he said. “And truly that’s not lip service. I’ve sat in on some of the stuff, and had meetings. The guys at MGM now — we actually have dudes who are sci-fi fans, who are Stargate fans, and [who] really are very open to continuing the saga in one form or another.”

Judge suggested that future projects such as his may depend on the relative success of Stargate Origins, saying: “The future of the Stargate franchise is in your hands.”

Watch the entire 48-minute panel appearance below! Judge’s comments on “Return of the Jaffa” begin around the 12:45 mark.

If it is going to happen I certainly hope it will be a proper series in both episode length and episode count.