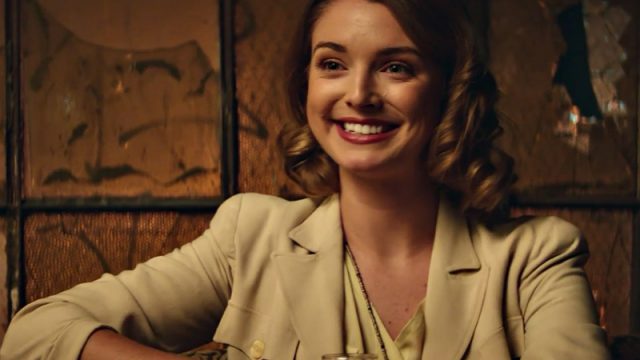 Stargate Origins tells a nice, self-contained story about Stargate matriarch Catherine Langford, according to actress Ellie Gall — and her particular story need not continue into a second season.

Instead, a second season of the new Web series from MGM could tell the origins story of another character from the venerable science fiction franchise.

“I’m not sure that her story needs to continue,” Gall told Syfy Wire. “It ends in a very nice spot. I think it ends in a very lovely place. And you’ve got more of Catherine in the [television] series.

“If there’s another origin story maybe it should be someone else’s, and we’ll see where they began. Because I do think that you can overdo a story and overdo a character. Everything is summed up nicely and neat.”

Since Origins was announced last July we’ve believed that it could serve as a Stargate anthology series, allowing writers to tell many different kinds of stories set at different points along the timeline. On television, “event” shows such as True Detective and American Horror Story are finding success with contained stories that span a single season.

Former Stargate SG-1 co-star has already told fans for example that he wants to pitch a series that would focus on the difficult, early days of the Free Jaffa Nation. 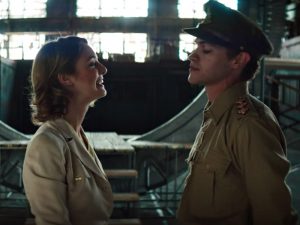 As for the first season of Origins, Gall also spoke about the relationships that are so important to driving her character — including a budding romance with Captain James Beal (Philip Alexander).

“They’re in a very early stage of the relationship,” she said. “It’s not serious … this is kind of Catherine’s first crush. There really aren’t many young men in Egypt, so she’s very attracted to him and very charmed by him and his shyness. He’s a very sweet guy. And I think they compliment each other very nicely. As the show goes on, they’re a yin and yang match, which is really nice to see.”

Who would you like to see at the center of a second season of Stargate Origins? Post below!

Bretec would be a good origin story. The wraith ancients war if they can afford the cgi would be awesome. A season about one of the system lords maybe Yu would be very watchable. There are so many possibilities.

Eli Wallace needs to be the focus of the next season to wrap up Universe. Set it a few years after the others went into stasis to account for the actor ageing since then.

Lots of origins possibilities, but with Chris Judge talking about Return of the Jaffa, maybe a season two with Teal’c would be most likely. There’s already a lot to Teal’c’s backstory that could be fleshed out. He didn’t just follow O’Neill on a whim.

Stargate – just like Star Trek – works best when it’s about a group of people, not a single character.

Any thing Stargate has my interest and i kind of trust they will only add to the franchise and for me that is a good thing. As much as the SG Universe shows disrespected some of the franchise’s most loyal fans in the beginning later one it got much better and its ending was a loss to me. I can only hope this is a genuine restarting of more spin-offs in the future. The writers certainly have much to work with. Brad Wright and crew just got burned out so a new staff seems to me to be a good… Read more »

I would live a film or miniseries about Merlin in medieval England. Not necessarily a prequel with the Morgan la Fay and the sangraal, but a common side story.

origins of how the tokra came to be would be sweet