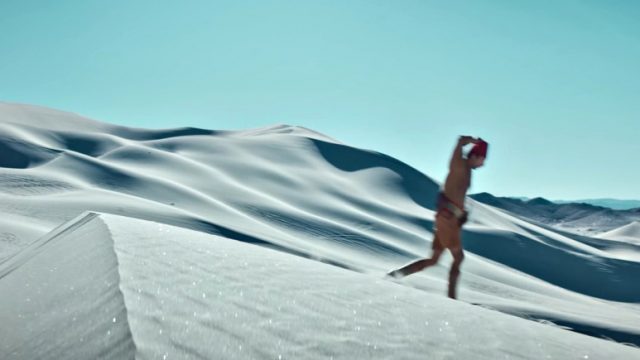 Langfords! Nazis! Aliens!? Oh, my … the full-length trailer for Stargate Origins landed this week, and with it the best look we’ve had yet at the upcoming digital series.

Today GateWorld has added more than 80 high-quality screen captures from the trailer for your browsing pleasure.

Stargate Origins chronicles a new adventure featuring a young Catherine Langford (Ellie Gall), who teams up with a pair of soldiers to try and rescue her father (Connor Trinneer) and protect the world from an unimaginable threat. The first of ten 10-minute installments arrives February 15 at Stargate Command.

Here’s just a sampling of the images now available in the Stargate Gallery (refresh to see new, randomized images):

One element of the trailer is especially noteworthy for long-time fans of the 1994 film Stargate. Early in the trailer Dr. Wilhelm Brücke (Aylam Orian) shows Dr. Langford a parchment and asks if he recognizes the imagery on it.

The illustrations are strikingly similar to drawings that appear on the wall of a cave on Abydos, which Daniel Jackson discovered mid-way through the film — slaves being taken though the Stargate, Ra, the eye of Ra, Egyptian hieroglyphs, and other bits and pieces:

What could this mean? Where did the paper come from? Has someone from Earth been to Abydos … or vice versa?

Stick with GateWorld for our continuing coverage of Stargate Origins, including episode analysis as new episodes are released. Find all the latest headlines here, and get an early peek at the upcoming episode guide!

Watch the full trailer again below.

I’m holding out hope that the gate activation is Mitchell coming from the future.