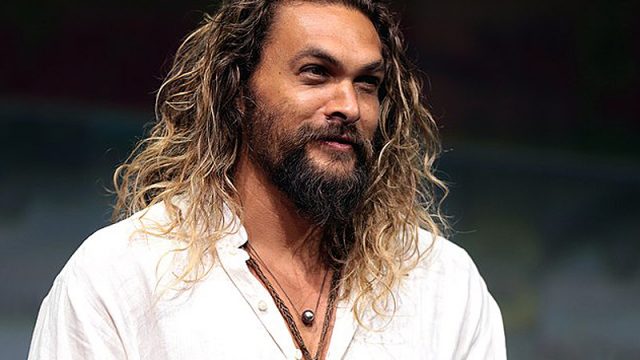 Jason Momoa continues his winning streak on the silver screen, landing a leading role in a remake of the 1994 film The Crow.

The original film, directed by Alex Proyas, told the story of “a rock musician who is revived from the dead to avenge his own death as well as the rape and murder of his fiancée.” The Crow boasts a notable cult following — largely due to the death of leading man Brandon Lee just days before wrapping production. The film was finished through rewrites, a stunt double, and digital effects.

Both the original film and remake are based on the James O’Barr comic book of the same title.

The Sony Pictures remake starring Momoa has been scheduled for an October 11, 2019 release, and will be directed by relative newcomer Corin Hardy (The Nun).

Known for his breakout role as the Satedan warrior Ronon Dex on Stargate Atlantis, Momoa has seen substantial success in his post-Stargate career.

Of course Momoa also had a recurring role on the HBO smash-hit Game Of Thrones, appearing throughout the show’s first season.

He made his big screen debut as the title character in Conan The Barbarian (2011), and quickly followed it up with the action film Bullet To The Head (2012), opposite Sylvester Stallone.

In 2014 he was cast as Aquaman in the Zack Snyder-directed Batman V Superman, and went on to co-star in 2017’s Justice League. An Aquaman solo film — directed by horror titan James Wan and starring Momoa in the titular role — is slated for release December 21, 2018.

Kind of weird to do a remake of a very bad movie… I’m a bit afraid about it, but Jason knows how to play a vengeful person, so I’m looking forward to it. Really looking forward to Aquaman too. Never thought I would in a million years.

A very bad movie? You’re the only person that I have ever heard say that the original was a bad movie. I loved it. The new one should be great as well. My only complaint about Momoa is that he’s too big in size to play some of these roles.