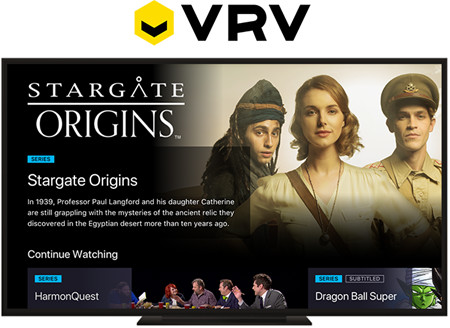 More Stargate fans now have access to the Stargate Command digital platform on their favorite TV devices, thanks to a new partnership with VRV.

MGM has announced a partnership with the video aggregation service, which offers subscription access to a curated collection of anime, animation, gaming, fantasy, and science fiction on its “VRV Select” channel.

VRV will provide full access to Stargate Command’s premium content following a window of exclusivity on the S.G.C. platform. Of course that includes Stargate Origins, the 10-part digital series that saw its finale premiere earlier this month.

The service can be accessed on the Web, iOS and Android devices, as well as a host of TV-connected devices — Apple TV, Android TV, Fire TV, XBOX One, PlayStation 4, Chromecast, and newer Roku devices. 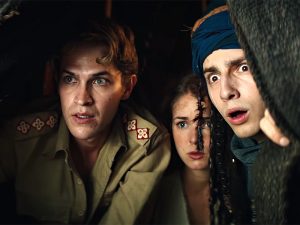 With VRV Stargate Origins will be watchable on Roku, Apple TV, and other devices.

While VRV comes with a $9.99 price tag for a monthly subscription, Stargate Command will distribute a free $10 digital gift card to current All-Access subscribers in the near future, in order to allow them to try out the VRV platform for a month.

Stargate Command’s own paid service, All-Access, promises a window of exclusivity on new content, including a 30-day window for future episodes of Origins.

MGM is also prepping the release of the feature cut of Stargate Origins, which will be sold via digital storefronts around the world this summer.

If you like anime even a little bit VRV is worth it for the Crunchyroll+Funimation access alone. Good idea partnering with them.