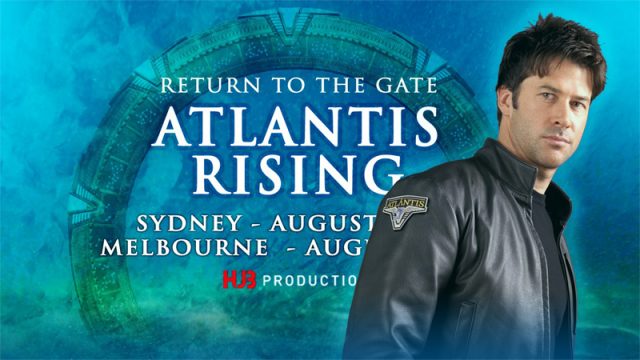 UPDATED March 1 to include Jewel Staite!

Cast members from Stargate Atlantis are heading to Australia for a special reunion tour.

The Hub Productions has announced “Return to the Gate: Atlantis Rising,” set for day-long celebrations in Sydney and Melbourne this year. It is the organization’s first Stargate event since 2017.

The year 2019 marks the fifteenth anniversary of the premiere of Stargate Atlantis, and ten years since it went off the air.

The event lands in Sydney on August 10, 2019, and then in Melbourne on August 11, with a chance for Atlantis fans to meet the actors, get autographs, and more.

Bring Back STARGATE ATLANTIS the Show and SG-1

would love to go but heavily disabled now

Loved star gate Atlantis,sg1 was good but hated stargate universe,too dark,bit like a soap and the characters were not interesting and stuck on that stupid ship