Browse: Home / 2019 / February / Kavan Smith’s Love On The Menu To Debut This Weekend 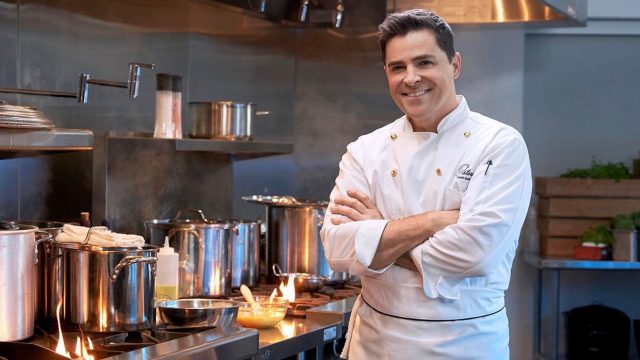 Kavan Smith, known to Stargate fans as Major Evan Lorne, will headline the Hallmark Channel’s newest movie-of-the-week. Love on the Menu is set to debut this Saturday, February 23, at 8 p.m. (EST).

Smith also wrote the script for the film, along with television veteran Alex Wright.

Love on the Menu tells the story of a “chef who makes a deal with a frozen food executive in order to save his restaurant.”  Smith stars as gourmet chef and restaurant owner Hank. Autumn Reeser (No Ordinary Family) plays his love interest, Maggie.

Smith recently announced on Twitter that he will live-tweet the film’s television premiere. 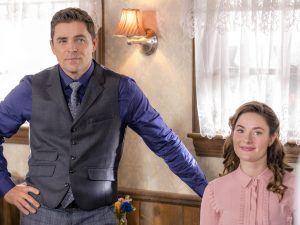 Kavan Smith as Leland Coulter in the Hallmark drama When Calls The Heart.

But the party doesn’t stop there.  The following night at 8 p.m. (EST) Kavan will make an appearance on the sixth season premiere of When Calls The Heart — also on the Hallmark Channel.

Smith will reprise his role as local businessmen Leland Coulter, who first appeared in the Season Two premiere (and has since been a series regular).

When Calls The Heart follows the life of a young cosmopolitan teacher who migrates to a small coal town to serve at their local school. It stars Erin Krakow as the series lead, Elizabeth Thatcher.

Catch a brief preview of Kavan in Love on the Menu below!