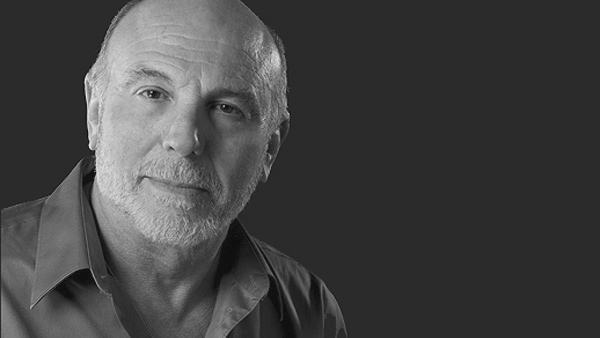 With word of actor Carmen Argenziano’s passing on Saturday, friends and family have taken to social media to express their love of the veteran stage and screen actor. Carmen played Jacob Carter on Stargate SG-1, appearing in more than two dozen episodes over seven seasons.

Major entertainment trade publications have published headlines marking the actor’s passing, including Variety and Deadline, as well as popular magazines such as People and Entertainment Weekly.

Here are some of the words of sadness and condolences from the Stargate family.

Carmen’s friend and on-screen daughter Amanda Tapping (“Samantha Carter”) was among the first to take to social media on Sunday with words of grievance, and celebration of her friend:

💔 Devastated at the loss of a remarkable man. The kind of person who leaves a fingerprint on your heart. #RIP Sweet Carmen. May flights of angels carry you on.

Fellow SG-1 guest star Cliff Simon, who played Baal opposite Carmen’s Jacob and on occasion shared the convention stage with his fellow actor:

It's with the greatest of sadness to say goodbye to an amazing man. A true gentleman, friend and Co actor. RIP @CarmenArgenzian .
I write with tears in my eyes as we all say goodbye to our beloved friend and college.
He will be missed by us all. 😭

Writer-producer Joseph Mallozzi has posted a tribute to Carmen on his blog, and also tweeted:

Very sad news. Carmen was not only an incredibly gifted actor but one hell of a nice guy. My condolences to his loved ones. https://t.co/T65YgGNlSF

I am so sad to hear that Carmen Argenziano passed away. He was such a wonderful man, wonderful actor and a joy to work with. I have so many fond memories. Especially dancing with him in Paris. You will be missed. 🙏

Very sad to hear of the passing of this fine actor and extraordinarily kind human being. My condolences to his family and friends.

Stargate Atlantis co-star Paul McGillion (“Carson Beckett”) never shared the screen with Carmen, but of course knew him from the acting community and convention circuit:

I couldn’t agree more! Carmen was just a lovely Man…. every time I had the pleasure of seeing him it was always special. RIP

Oh I’m so, so sorry to hear this. He was always so lovely to me and was a class act. https://t.co/RaXZ6TtVEe

Tony Amendola played another long-recurring fan favorite, Bra’tac, on Stargate SG-1. As many episodes as both actors did, remarkably it wasn’t until Season Six’s “Allegiance” that they appeared on screen together.

Lost a true gentleman yesterday. A very good actor but an even better person. Spent a lot of time working together on #stargatesg1 and he never failed to make me laugh. Sad news.#rip Carmen Argenziano pic.twitter.com/lgTO4eZ0rx

As the Goa’uld Apophis, Peter Williams often played opposite Jacob Carter — though separated by viewscreen, in episodes like “The Serpent’s Venom” and “Enemies.”

Williams added: “My contact with him was largely social — in convention contexts. I found him to be always gracious and very sincere.”

Michael Shanks (“Daniel Jackson”) posted a multi-tweet remembrance of his friend and mentor:

For the last 2 days I have been struggling to find the words to describe the man and the legacy that @CarmenArgenzian left behind. I can’t do it justice but to say: if I am 1% of the professional, gentleman, actor and human being that this man was… then I have lived a life

Worth remembering. Rest you well Carmen. In a business full of liars, con men and thieves you were ALWAYS one of the good guys. The one you model yourself after. And look to,to show you how to be a better actor and MAN. I will see you again, old friend. And raise that glass

Of Scotch we cherished. You go BEFORE. I will see you soon….and model my leftover in the model you created. I will miss your counsel. But will always have your voice in my ear. The #GOAT My Italian mentor. We have lost a legend. May he always be remembered with a smile ❤️❤️

Yeah, a humble guy with a ready smile. Loved walking into a room that he was in. Some people just make your day better. He'll be so missed. https://t.co/IyUT5oVO5S

We are greatly saddened by the loss of one of our own family members. Carmen Argenziano, also known for his talented portrayal of General Jacob Carter from the Stargate SG-1 team. Thank you for everything Carmen and you will live on in our memories. pic.twitter.com/iy41PFzfIp

This hurts so much. I genuinely feel like I knew him, that is the kind of impact he had with those who knew of him and knew him. Today, we lose another member of our SG family. RIP Carmen, you utterly beautiful human.

I just now found out. He was a truly fine actor whom I enjoyed watching immensely. And Daddy Tokra was my favorite of all the recurring/guest characters – which is saying a lot since there was an embarrassment of riches in that regard. My best to his family and friends.

I’m a huge fan of SG-1, watching from the beginning & now re-runs. I enjoyed the compassion & passion of Carman Argenziano. When I see the outpouring of love & Respect for this man, I’m troubled & disappointed that Richard Dean Andersom didn’t include his feelings about this man. Not only did he work beside him, but produced the show. How sad!

To be fair to RDA, he isn’t much for social media. It’s been nearly four years since he posted on Twitter, and the latest post on his account (three years ago) was a post from his daughter apologizing that her dad doesn’t know how to use the platform.

I wouldn’t expect everyone to speak publicly at the same time, or in the same way.