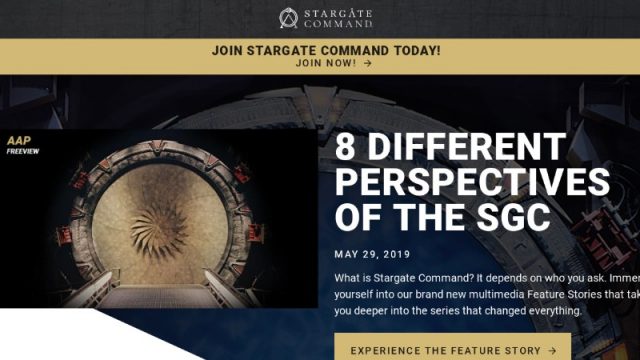 MGM’s official Stargate streaming service has a new look. Today the studio relaunched Stargate Command with a site-wide redesign, and some new content.

New on the site are interactive features told in a linear “storyline” fashion, including moving video illustrations. A new, ongoing feature will also spotlight Stargate fans and their personal stories.

Also new is a “Faction” system for users. A personality quiz will sort members into their designated faction — Tau’ri, Goa’uld, Wraith, Jaffa, Tok’ra, Asgard, Ori, and Replicators. This creates a sort of alliance between fans on the site, who can level up with experience points and cooperate to achieve larger tasks. 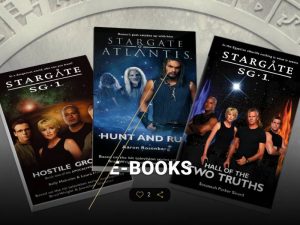 The site added digital comic books back in October. Now All Access Pass (“AAP”) subscribers also have access to a limited collection of Stargate e-books. Published by Fandemonium under license from MGM, the SG-1 and Atlantis novels will rotate in availability on the site.

Currently on the site are Hostile Ground (first in the SG-1 “Apocalypse” series) and the Ronon Dex story Hunt and Run. SG-1’s Hall of the Two Truths is up next.

E-books will be available on the site for two months at a time, on a rolling basis.

Along with the relaunch comes a pair of new mobile apps, for Apple and Android devices. If you have the Stargate Command app already installed, check your Apple or Google Play app store for the May 30, 2019 update. 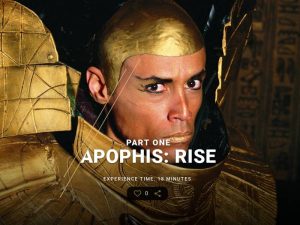 On our preliminary tests casting to a television still works from the mobile app only. Strangely, though, closed captions are on by default and at least the Android interface has no way to turn them off.

A source tells us that updates to the service will continue to spool out as fans begin to use the new site.

The relaunch marks a move off of previous service provider TopFan, and we hope to have more to report on this front soon for those who are interested in the behind-the-scenes of the site. Some content from the old site does not appear to be available today, including user-created discussion topics.

Existing members will probably need to reset their passwords in order to log in to the new site.

Stargate Command will continue to roll out original features, articles, polls, quizzes and more in the weeks ahead. Sign up for a free account or upgrade to the All Access Pass for $20 (USD) per year now at StargateCommand.co. 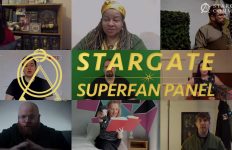 Bring back the Destiny… It was a huge influence on my life. Empty without her and her crew.

Wholeheartedly agree. An SGU conclusion mini series (at least)would be a nice way to start building up

After the redesign I didn’t have access to video’s it didn’t recognize I had bought the 20$ subscription a few days back. Had to put a ticket in. They old way of logging in was user name only and when you try to login by email it won’t work so you have to tell the site login you forgot your password. Still waiting on support. :( to finish my stargate benge. :(

I had to purchase another subscription to watch the shows. I sent in a ticket but no reply yet. Now I am unable to sign in. It keeps telling me to make an account.

i’m also having the same trouble. Subscribed paid but could not access. Recently (last week) cannot get into the website at all. Has an error that stops you from getting to login screen. sometimes the login screen appears but then has the same error. When i logged in to the new website to begin with had issue with my user details, ended up being fixed and getting access but now this

Am I wrong, or the subscription is US only?

US and a handful of other countries

Since 21st of September 2017, Stargate Command All-Access has only ever been available to the USA, CA, AUS, NZ, the UK and GER. Any details on the expansion are generally met with the classic, but very frustrating, line “we’re working on it”.

Almost 2 years later and no expansion has happened.

Considering nothing has changed other than the lay-out, I foresee the priviliged community only dying out in the not so distant future.

Wow the nerve… Stargate Around the World…

“A huge part of our refresh is to ensure the international community has a place to be seen and heard.”

YOU DELIBERATELY BLOCK 3/4 OF YOUR INTERNATIONAL FANBASE!!

I’d say you’ve lost them all, apart from the 5 countries which have access along with the US.

Is the site and app down? I get an error.

Does anyone know when the site will be up again? I can’t get it to load.

Put in a ticket and the Facebook rep said they are working on it. still unable to sign in and no founder patch yet.

None of this matters if they aren’t going to create new Stargate series to attract people to subscribe. Any true fan already has all the existing series on DVD/Blu-Ray/Digital.

I agree with you, but PLEASE cut the “true fan” nonsense. That’s elitist garbage. No fan is more true than another fan just because he or she has the DVDs or Blu-rays.

this will only work IF THE REVIVE DESTINY’S CREW, AND FINISH THE DAMN STORY!!

That will never happen. The show wasn’t popular.

Gate cast to my 2 different roku’s doesn’t work, my phone sleeps when playing video on the android app, redesign looks like a rearchitecture and it sucks

The app won’t work for me, it took days before it recognised my subscription and now it closes when my phone sleeps on the iOS version, and won’t play in the background so can’t use other apps like messenger at the same time.

Also still have to go through lots of menus to watch the series, the main reason I got the app.

I do think the lighter scheme is a huge improvement and does compliment the Stargate brand.

I thought the purpose of a re-design was to make something better. I got to say you missed the mark, hmph, you missed the whole side of the barn. The new app is more difficult to navigate, nothing streams as well, and it has already crashes my phone. I feel like I was just ripped-off the last 6 months of the subscription for which I paid. I have turned off the auto-renew, and don’t plan to re-new again if it stays this way.

Ultimately, this redesign is pointless. MGM has repeatedly crapped on the Stargate franchise and it’s not currently doing anything that would make the site worth visiting.

Not able to access web or phone application since May 28. Getting so frustrated with zero updates from Stargate Command and MGM. Please tell your paid subscribers at least what is going on! Anybody else?

I got a reply June 11 saying they were working on the problem and patches were going out but still unable to sign in.

Yes having same problem as you. No contact from MGM even though sent multiple emails – no response. Anyone know how to get their attention? Knox reply is atleast heartening that something is being done about it though

Small reminder about SGC saying they’re “working on it” — it doesn’t actually mean they are working on it. It’s just to keep you and everyone else off their backs while they’re scrambling to make something work or fix things that don’t need fixing. “Working on it” is their go-to excuse for everything.

I’ve not seen worm hole WED in weeks… Is it over with?

In the end a site redesign is utterly pointless if there’s no content worth reading or watching–which there isn’t.

Is there other ways besides the quiz to get XP. I suck as these and find it hard.??