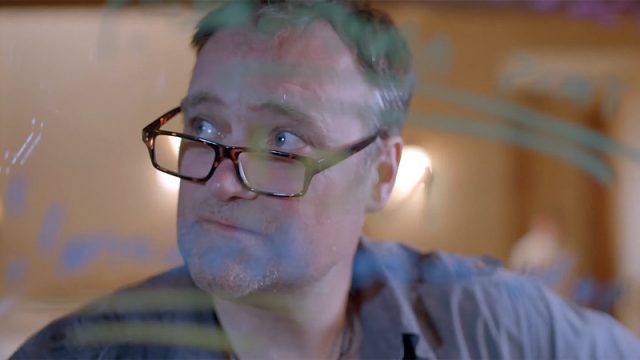 Dr. McKay is in — but this time, he’s assuming the mantel of a struggling screenwriter.

Stargate Atlantis actor David Hewlett (Dr. Rodney Mckay) will appear in the upcoming romantic comedy Who You Know. Take a look at the trailer for the unconventional rom-com flick below.

Hewlett plays veteran screenwriter Michael Burwell, who comes in contact with Cole (Dylan Everett) — an aspiring young writer who enters a “whimsical and atmospheric” relationship with Michael’s daughter, Haley (Niamh Wilson), in order to find inspiration for his next story.

Cole also intends to use Michael’s Hollywood status to open doors for his own career (a true gentleman). Unsurprisingly, things get complicated.

Hewlett can also been seen in the upcoming movies Lie Exposed and Lucky Day — both of which are set for release later this year.

Who You Know is written and directed by Jake Horowitz, and will be premiering at various film festivals this fall. Potential theatrical and VOD releases have yet to be announced.