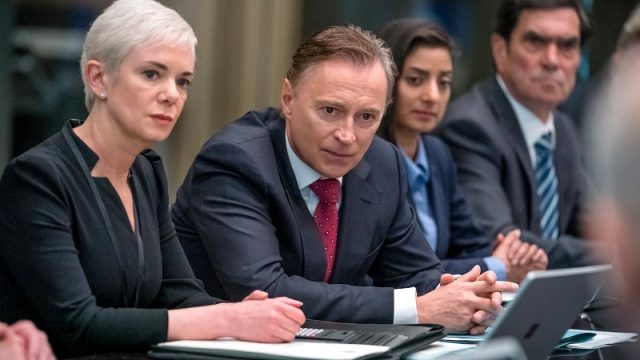 Stargate Universe actor Robert Carlyle (“Nicholas Rush”) headlines the high-stakes thriller COBRA, which is coming to screens in the U.K. early in 2020. Today Sky One debuted the trailer for the six-part drama, along with first-look photos and the release date.

COBRA will launch January 17, 2020, on Sky One and the NOW TV streaming service.

Carlyle stars as Prime Minister Robert Sutherland, whose leadership is tested when a crisis in London goes from bad to worse. What begins as a power outage and an apparent political protest turns into a violent assault on the government. “Under the name COBRA, a team comprised of Britain’s leading experts, crisis contingency planners and the most senior politicians must now assemble to help bring society back from the brink of collapse,” the network said.

Take a look at the 90-second trailer below! 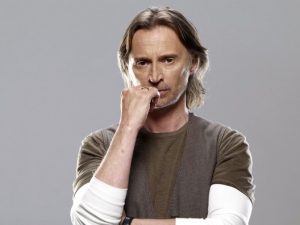 Victoria Hamilton (The Crown) co-stars in COBRA as the Prime Minister’s Chief of Staff, Anna Marshall. Richard Dormer (Game of Thrones) plays Fraser Walker, a crisis contingency planner. And David Haig (Penny Dreadful) plays Home Secretary Archie Glover-Morgan, “who will seize any opportunity for more power if such a chance presents itself.”

“I am really looking forward to stepping into the role of the Prime Minister in a story that feels almost too true to be fiction,” Carlyle said. “COBRA is a palpably thrilling and witty take on a political drama but with a humanity at the heart of the series.”

Carlyle is currently appearing in the BBC One sci-fi period drama War of the Worlds. The H.G. Wells series premiered last Sunday, November 17. The next installment of the three-episode miniseries airs this Sunday (9 p.m.).