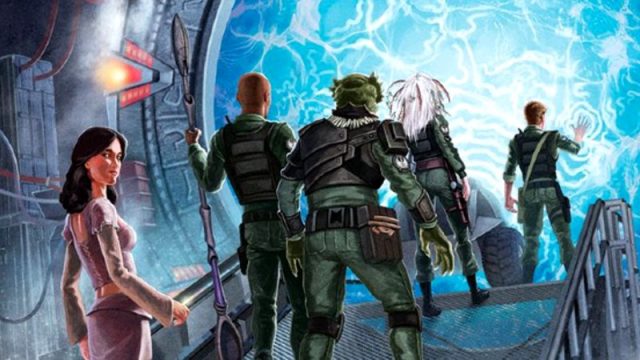 We’re just five months away from the official release of the Stargate Roleplaying Game at Gen Con 2020, and publisher Wyvern Gaming is ready to move to the next step of the game’s development.

The company announced over the weekend that it has begun open playtesting for the tabletop RPG, which is due out this summer. The Stargate RPG has been in private testing for several months, as players help to put the game through its paces and recommend improvements prior to publication.

Now, “Stargate: Phoenix” is ready for more people to join in and kick the tires. And Wyvern is also looking for “Gatemasters” (GMs) to sign up to help at Gen Con, this August in Indianapolis, Indiana. 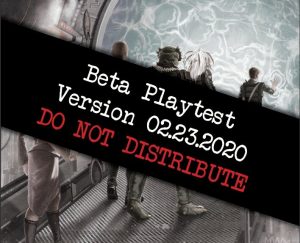 “We had an overwhelming response to our first round of private playtest, so much so we had to turn people away,” the company said in an e-mail announcement. “Well in this round, no one is turned away. If you are interested in helping make us make a great Stargate game we would love to have your help.

“We want you, the fans, to help us on this journey to create the best possible Stargate game ever produced. The Public Beta Playtest process is about collaborating with you, the fans. It is a game for you, and it should have input from you!”

Players can sign up now at StargateTheRPG.com and download the current beta edition of the game rules (after acknowledging a nondisclosure agreement). Participants are asked to provide feedback through an online form during playtesting.

The core rulebook will be published in print form when the Stargate Roleplaying Game launches this summer. Wyvern is also planning a series of “episodes” that will make up the game’s first season.

Wyvern is seeking at least 30 Gamemasters to volunteer for the Gen Con launch, each of whom should have some experience as a tabletop GM and be willing to host at least three games. In exchange they’ll get a pass to the convention, plus some exclusive “Stargate: Phoenix” goodies. (Learn more at StargateTheRPG.com.)

The RPG’s core rulebook will be published this summer.

“Stargate: Phoenix — A Living RPG Series” is the working title for the ongoing storyline from Wyvern. In addition to the core rulebook, the company will publish a “season” of official episodes over the game’s first year. These are missions that players around the world will be able to jump in to, bringing together gamers everywhere into a common narrative experience.

“Phoenix Site” is the name of the RPG’s secret off-world base, which will serve as a base of operations for players. Here an alliance of humans, Jaffa, Tok’ra, and other races form new teams to head through the Stargate on new missions. The game’s story is set during the sixth season of Stargate SG-1.

Learn more about the Stargate RPG here, and stick with GateWorld for more on the new game! Wyvern Gaming chief Brad Ellis joins us to talk about the game on the next episode of the GateWorld Podcast. Subscribe now wherever you get your podcasts so you don’t miss it!