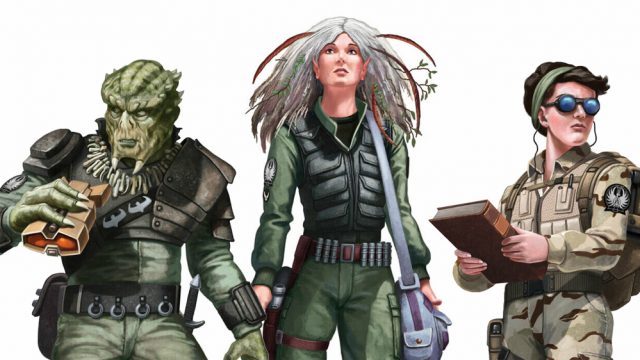 Stargate fans and tabletop gamers looking to start their “Stargate SG-1: Phoenix” adventures won’t have to wait long after all.

After initially delaying the release of the Stargate Roleplaying Game to 2021 due to the impact of coronavirus, publisher Wyvern Gaming has announced that the tabletop RPG will see an early launch at Gen Con’s special online convention event, starting July 31.

Wyvern describes “Stargate SG-1: Phoenix” as a “living RPG series.” Players around the world will participate in an ongoing campaign comprised of 13 “episodes” written by the Wyvern team, with the first three episodes to be released during this summer’s Gen Con Online.

Season One will culminate in the final episode of the shared story, to be released at Gen Con 2021.

At Gen Con Online we’ll feature our first three Episodes, which will be run by expert Gamemasters. While the SG-1 RPG Core Rulebook is not yet publicly available, the Gatemasters will be using the latest and greatest ruleset in order to run these games. As a player, in this Gen Con Online event, we’ll provide each player a PDF version of a SG-1 RPG Quick-Start Guide. This guide will cover everything you need to play the game and will including pre-generated characters in each class! 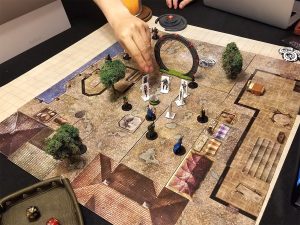 Wyvern has been operating both open and closed beta testing groups for months now, with clubs organized around the world to offer feedback on the game. The Stargate RPG is built on the D&D 5th edition Open Gaming License, in large part to make the game and its play mechanics accessible to newcomers.

The Gatemasters recruited for Gen Con will be conducting game sessions using the latest beta rules. Meanwhile Wyvern tells GateWorld that the game’s Core Rulebook will see a Kickstarter campaign this fall, with publication anticipated for early 2021.

In addition to online gaming, Stargate’s presence at Gen Con Online this year will include a Q&A session with Wyvern Gaming about the Stargate RPG; a Stargate RPG game session broadcast (stay tuned for details on how to watch that); and “other surprises.”

Gen Con Online runs from July 30 through August 2, 2020. Visit GenCon.com to register for the event for free, starting on July 13.

The Stargate Roleplaying Game was originally scheduled to see its full launch at this summer’s Gen Con in Indianapolis, Indiana. But when it became clear that the coronavirus pandemic would scuttle the in-person tabletop gaming event, the publisher announced it would delay the new Stargate title to next summer.

Keep up with the game’s progress and register for updates at StargateTheRPG.com. Meanwhile you can read up on the game and its setting, timeline, new species (the “Aturen”) and more right here. And subscribe to the GateWorld Podcast (wherever you find your podcasts) to hear our conversation with Wyvern Gaming chief Brad Ellis later this month!

That maybe but Board games are still Boring af… when a real game gets made then ill get excited. A board game is nothing special because they are easy to create. You could literaly pop board games out all day long… What we need is a legit FPS Videogame. That might actually jump start something. A board game will never do that.

Well, you’re not getting a first person shooter lol. That’s for sure.

LOL put out a good board game and then we’ll talk.

It’s not a board game though, it’s a tabletop roleplaying game, and they certainly aren’t easy to create at all, let alone being able to be “popped out all day long”. They’re just as complex to design as video games, just without the programming and the art. I know, since I actually studied and did game design, and I’m working on my own Stargate RPG.

Then there are people who do like to play board games and roleplaying games all day long. You’re not the target audience then. And Stargate did have several video games, guess what happened to them?

Hey guys ;) I hardly know anything about tabletop games. I read they are going to do a campaign on kickstarter for it. What exactely will be the final product? The rulebook alone or will it include stuff like figures, models and the “environment (the board)” like we saw in a screenshot?

No information is known about that yet, but going from what is common on Kickstarter and what has been revealed, there will likely be multiple support tiers and stretch goals. The core product is the core rulebook, so you’ll definitely be able to get that one. Additional products could be printable figures and other supplements. But it’s unlikely to include full miniatures and other models (perhaps though they might come later depending on how successful the Kickstarter is)